Despite my lack of posting, I have been sewing. (More on that in some upcoming posts.) However, I was doing some serious procrastinating on getting started on my IG Mini Swap. I think it was a bit intimidating to see everyone's amazing mosaics of design inspiration as well as the beautiful work that the early birds were already turning out (see #igminiswap on Instagram). Oh, and I'm also just a procrastinator at heart. :-)

Last month at my quilt guild meeting the speaker was Rita Hutchens. I was amazed by her "Totally Tubular Technique of strip piecing" and bought a couple of her patterns, including the one for making flying geese, so I decided to try it out. I picked out a blue and an orange blender and used the same light grey background fabric to start two sets of flying geese. I had no idea what size they were going to end up or how or if I'd use them for my swap mini quilt. Here's my first tube: 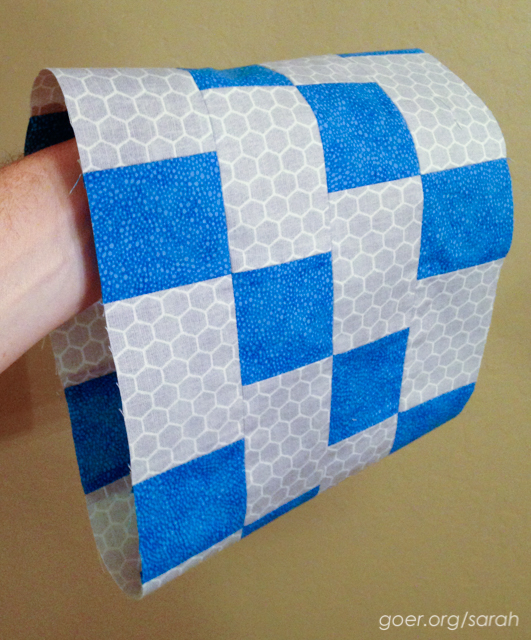 About halfway through the process I decided on alternating blue and orange geese. When I was done (using half of my geese) I had a three foot strip of little geese. They each measure about 1 1/8" tall and 2 1/4" wide finished. 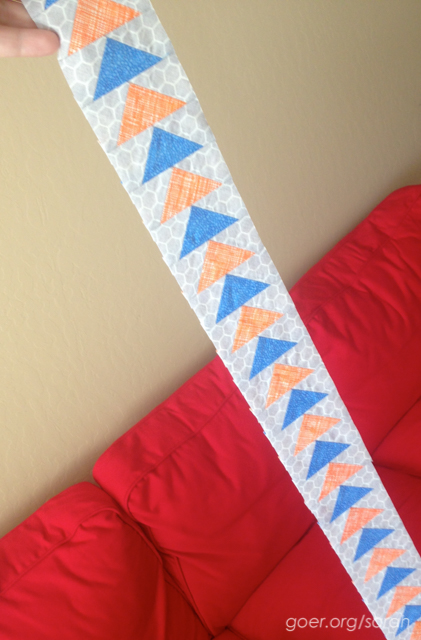 Okay, now what? I knew I needed to add some more fabrics and decided I would use the geese as a first border around a center block, so I went to work choosing a 9" finished center block. 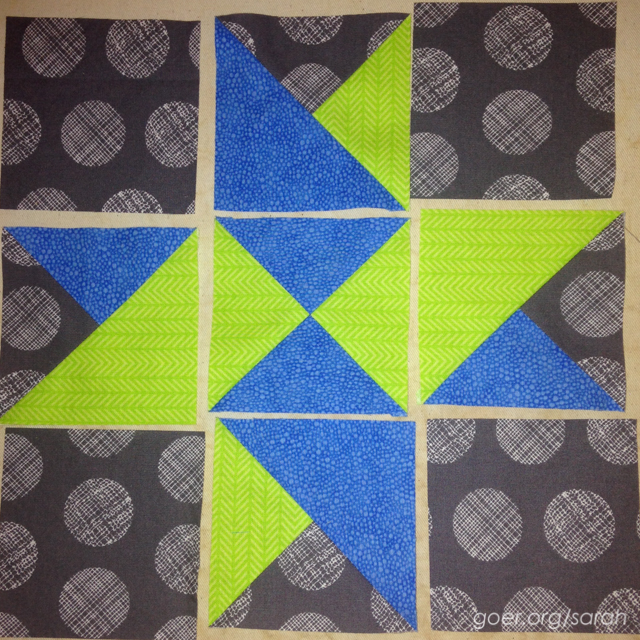 Here's where I'm at now. I'll add one or two more borders to bring it to between 18" and 24" square finished. 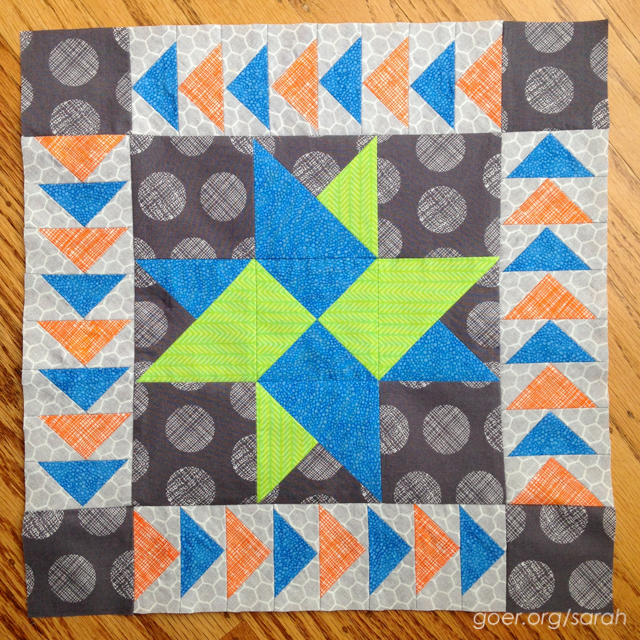 My ALYoF November goal is to finish piecing the quilt top, which will leave me a week to quilt it before mailing. I'm really enjoying a bunch of firsts: first swap, first flying geese, first tube piecing, first medallion style quilt.

Linking up to ALYoF November Goal Party and WIP Wednesday.