With the new year I started the new project of teaching my 4 1/2 year old son to quilt. He's making a simple one-block quilt with six rows of six blocks.

This week he pieced the last set of pairs together and then pieced the pairs all together into rows, so we ended the week with six pieced rows. The biggest problem we're having is getting him in a good position so he can see well and not lean his elbows on the edge of the table (which is stopping his hand from moving with the fabric).

Once he finished piecing the blacks into pairs, he used his planning picture (on the computer screen) to lay all the pieces out on the floor. 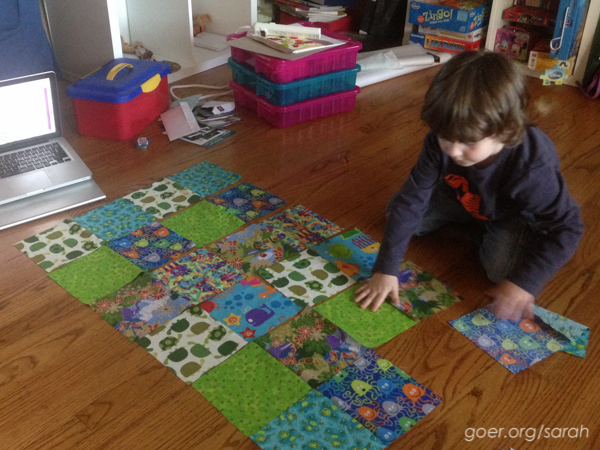 Then he pieced the three sections in each row together. 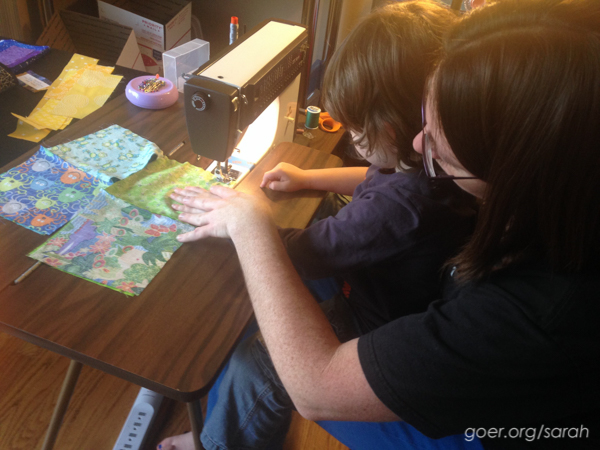 Here are the completed rows. 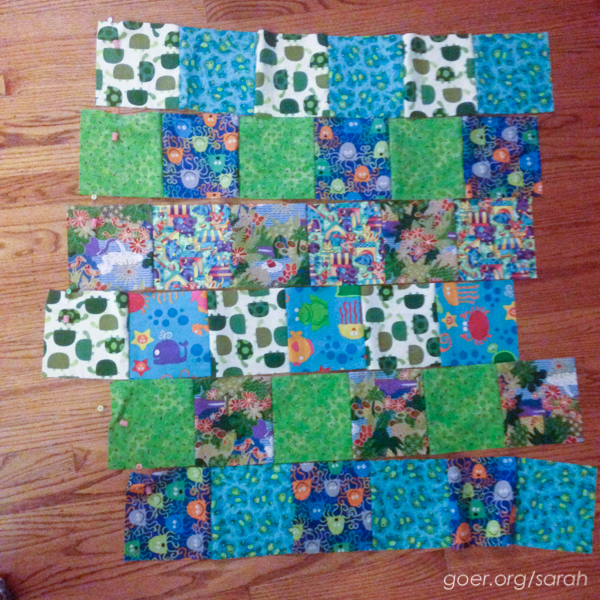 And we numbered some flowerhead pins so he could label the rows. (He loves pinmoors.) 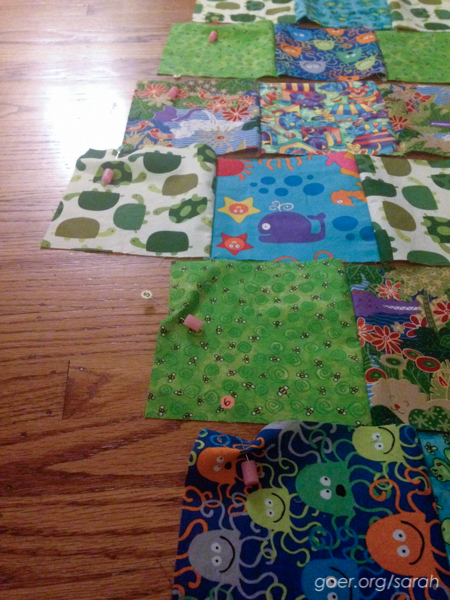 I had planned to teach him to press the seams once he finished piecing the rows, but I decided I'm not sufficiently ready to do that. See, I press the seams open for ease of quilting so it's quite a picky job. Instead, I decided I'd let him help me iron my yardage and fat quarters that I needed to cut for one of my projects. He'll be able to help me finger press the seams open and watch me do that pressing job. In the end he did get his hands on the iron, and carefully pressed some of my purple fabric. (Now all the pieces for my Rainbow Mini Swap quilt are cut out! Yay!) 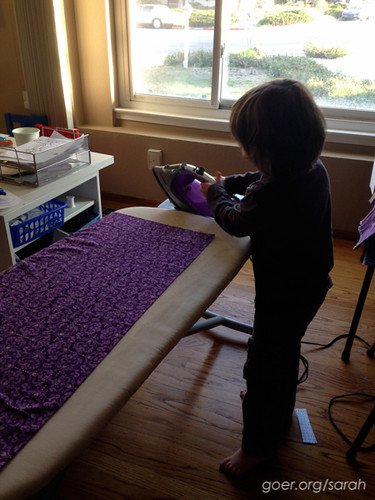 I realized since he is left-handed I needed to have him stand on the other side: 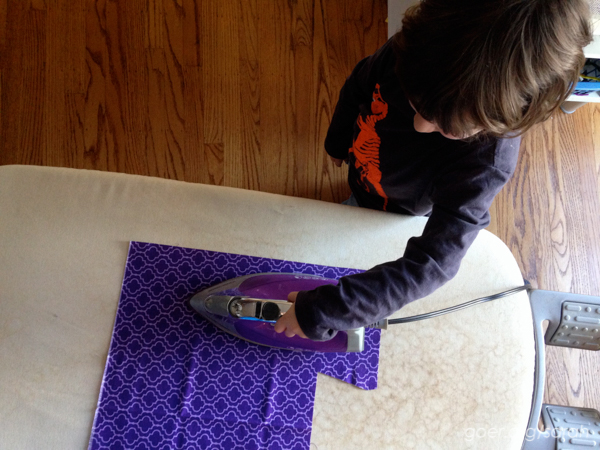 This week he also learned about the fancy stitches that the machine can do. (He was a little disappointed that he couldn't use these for piecing the blocks.) He can almost change the presser foot himself. I showed him how to thread the whole machine and he threaded the needle. He also did some measuring for fun. 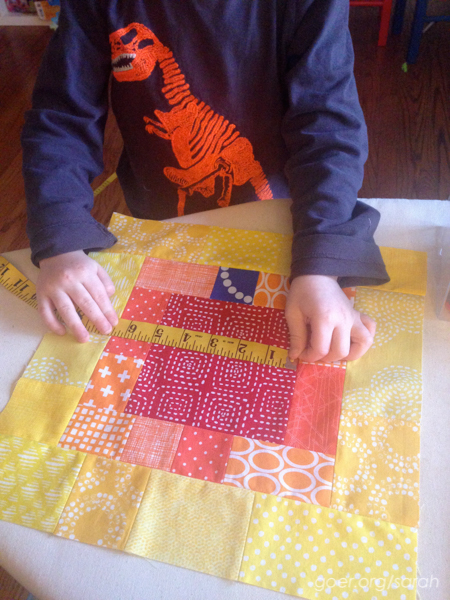 For my related one-block project, I turned my pile of partially pieced blocks into a completed quilt top this week. My daughter's "pattern" is growing on me. From this: 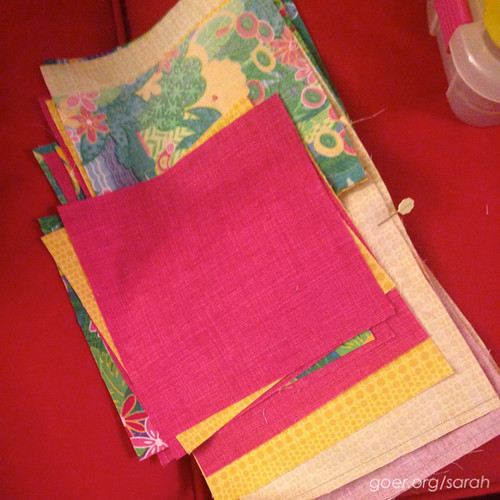 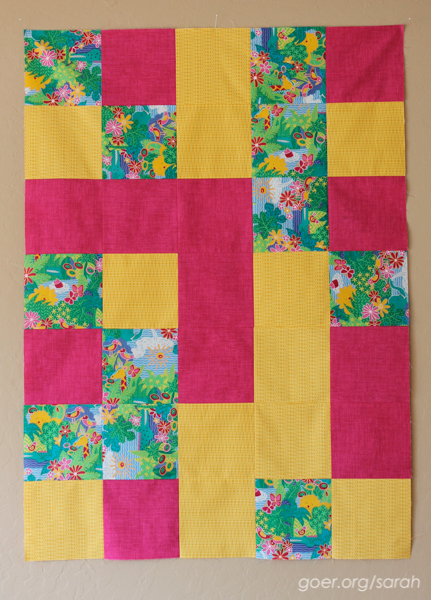 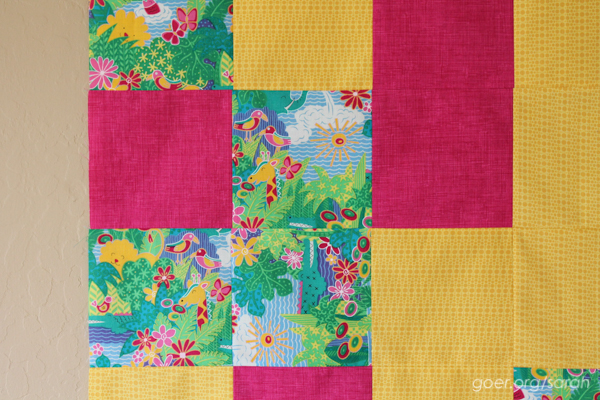 If you're just joining us you can check out Part 1 and Part 2 of this series. :-)

Continue following along with Part 4.

Linking up to Fabric Tuesday.

Teaching My Son to Quilt: Part 2