My son finished and showed his first quilt this month and excitedly started planning his second. Before he was able to start a second project I saw this post by Yvonne at Quilting Jetgirl requesting quilt blocks. The kid ;-) knows that sometimes we give a finished quilt as a gift, and I explained that sometimes people work together to make a quilt as a gift. I invited him to listen to the post and read it aloud, with the plan to suggest we make a couple blocks together. But before I could even get to that he stopped me mid-article and asked, "so can you help me make some blocks?" Well, yes kiddo, I can.

We did some brain storming together and he decided to use the octopus fabric that he had used in his quilt for the boat/ocean themed block. We chose grey, teal and blue to go with it in an effort to stick with the color scheme. I also explained fussy cutting to him when I cut out the octopus fabric in an effort to mostly avoid the orange. I cut the fabric and we worked together to piece it on the machine. 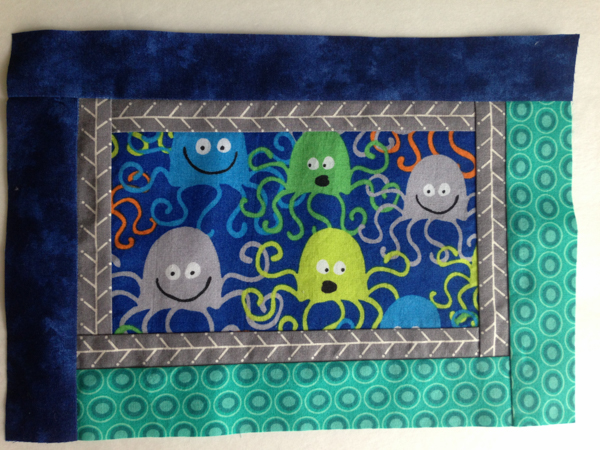 For the other block, using blues, blacks and whites, I pulled some fabrics including the music note fabric scraps from Bold Blooms. We discussed the options of doing vertical strips of fabric, or triangles and such and he decided to start with a center piece and work around it like we added the borders on the first block. He chose to begin with the music notes and wanted a true rectangle, nothing wonky. He told me what width strips to cut each of the fabrics I had selected and then he made the decision about which to add where as we just pieced "wherever" until we had a block large enough to trim down to 7" by 10". I confess that I forgot that it was supposed to be vertical, so we were thinking about it horizontally -- at least since it's improv it can easily be used either way. 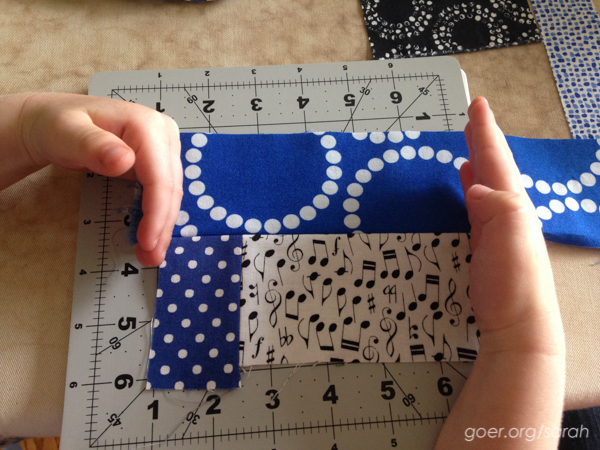 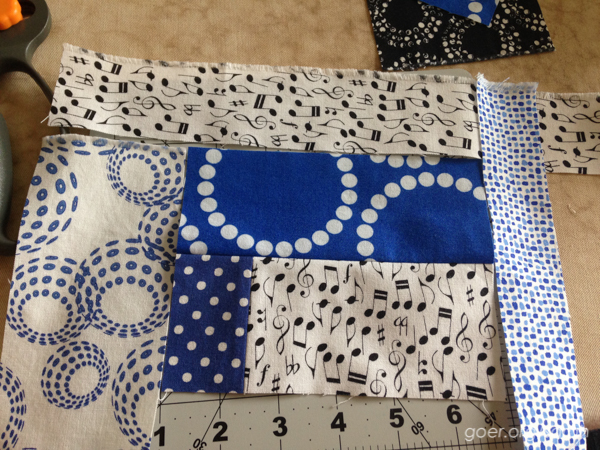 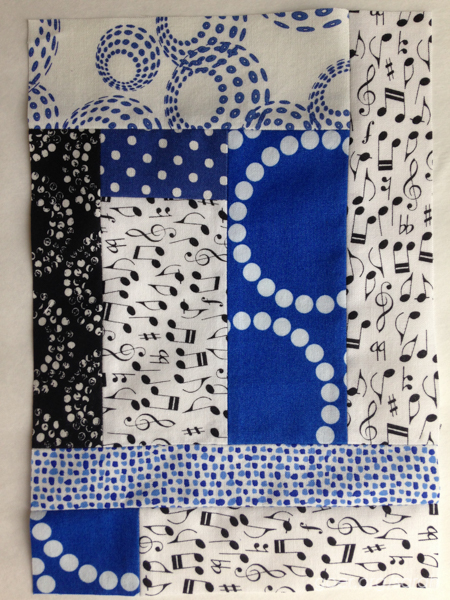 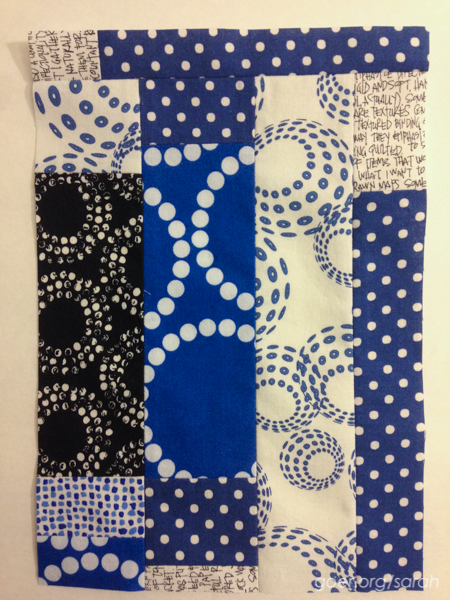 There's still time to make blocks to submit to Yvonne. Again, here's her original request and she has also put up a couple tutorials for a boat block and a piano keyboard block (which I love! It would make such a great border!). 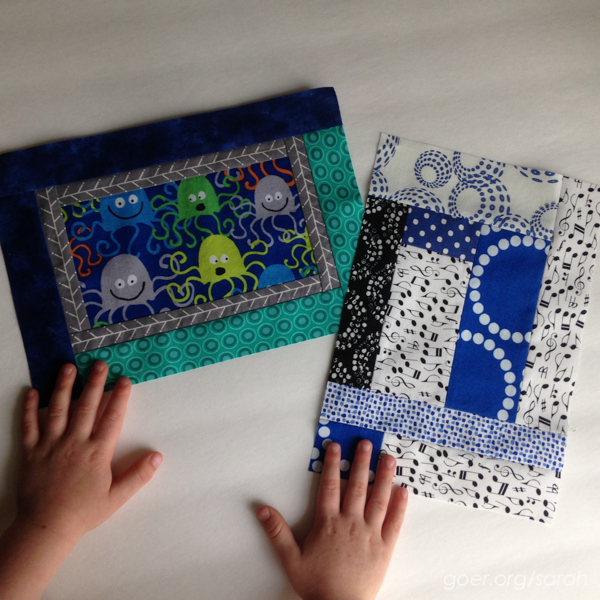 8 thoughts on “Some Community Quilting”