My July ALYoF goal was to make some progress on my oldest WIP. Specifically, it was to finish the snowball blocks so I could reassess what my next step would be on this project. 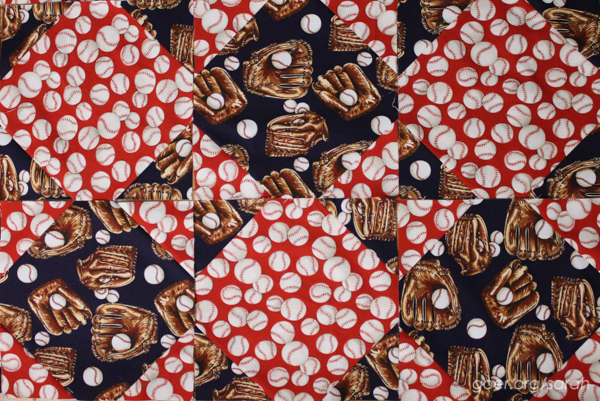 I "gave" this quilt to my brother in 2004 for Christmas. I had 8 blocks done at the time. As of the beginning of this month I had... 8 block done. ;-) Now I have 40 completed blocks, and I've decided that I'll set them in a 5 block by 8 block rectangle and add a 10-12" border (in some boring solid, probably) to make it approximately twin sized. I figure about 65" by 90" is a reasonable lap quilt size for someone who is 6'5" tall. And it would have the added benefit of being able to be used as a bed quilt in the future if he'd like. Here are all the blocks together. (Oh yeah, that's a little busy! My 2015 self is kind of asking my 2004 self what she was thinking.) 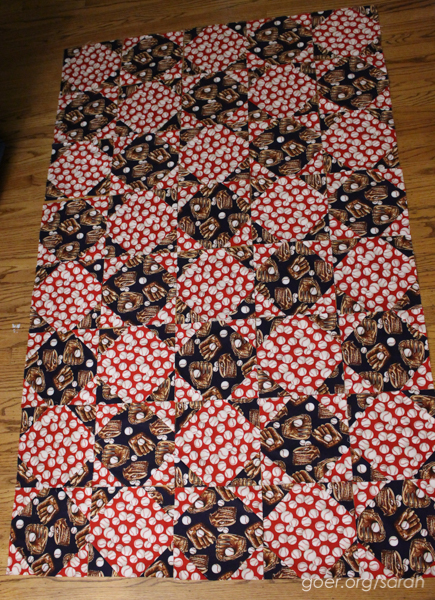 I'm excited about making progress on getting the oldest WIP off my to do list. I've decided in a manner of letting some things go that I'll send out a few of my WIPs to a long-arm quilter once the tops are complete. (I recently sent out my first quilt to a long-arm quilter. It was like quilting magic! More on that later.) Since I'm not particularly excited about this project (sorry, Chris) I think skipping the quilting step will make me happier since it will allow me to move on to some other sewing. It will also ensure that it gets into the finished column sooner since it would just get pushed aside for more exciting sewing in the short term if I held onto it to quilt it myself. 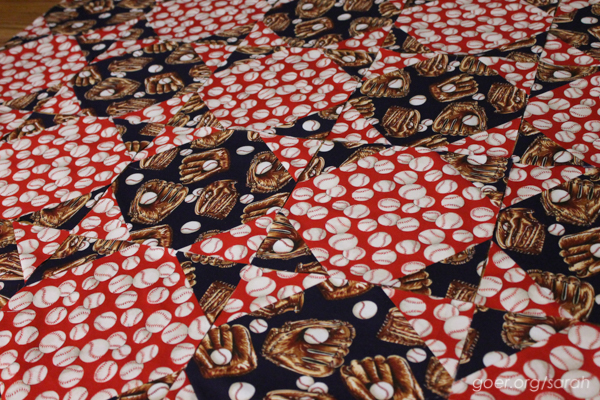 With less than an hour to spare, I'm linking up to A Lovely Year of Finishes July Finishes Party. ;-)