Continuing in my usual method of working on a little of this and a little of that, there is a lot on my sewing table at the moment. But more excitingly, I finished and gave two garments and one king sized quilt for Hanukkah last week! I'll be showing you those finishes in separate posts over the next week, but here's some of the in progress stuff I'm working on. As of this past Sunday I had seven finished quilt tops (ranging from twin sized down to a mini/doll quilt) that need to be quilted and finished. I showed them off in a periscope broadcast that you can watch on replay here. I'm hoping to show you five of the quilts finished by the end of this month, including the two largest ones. ;-) 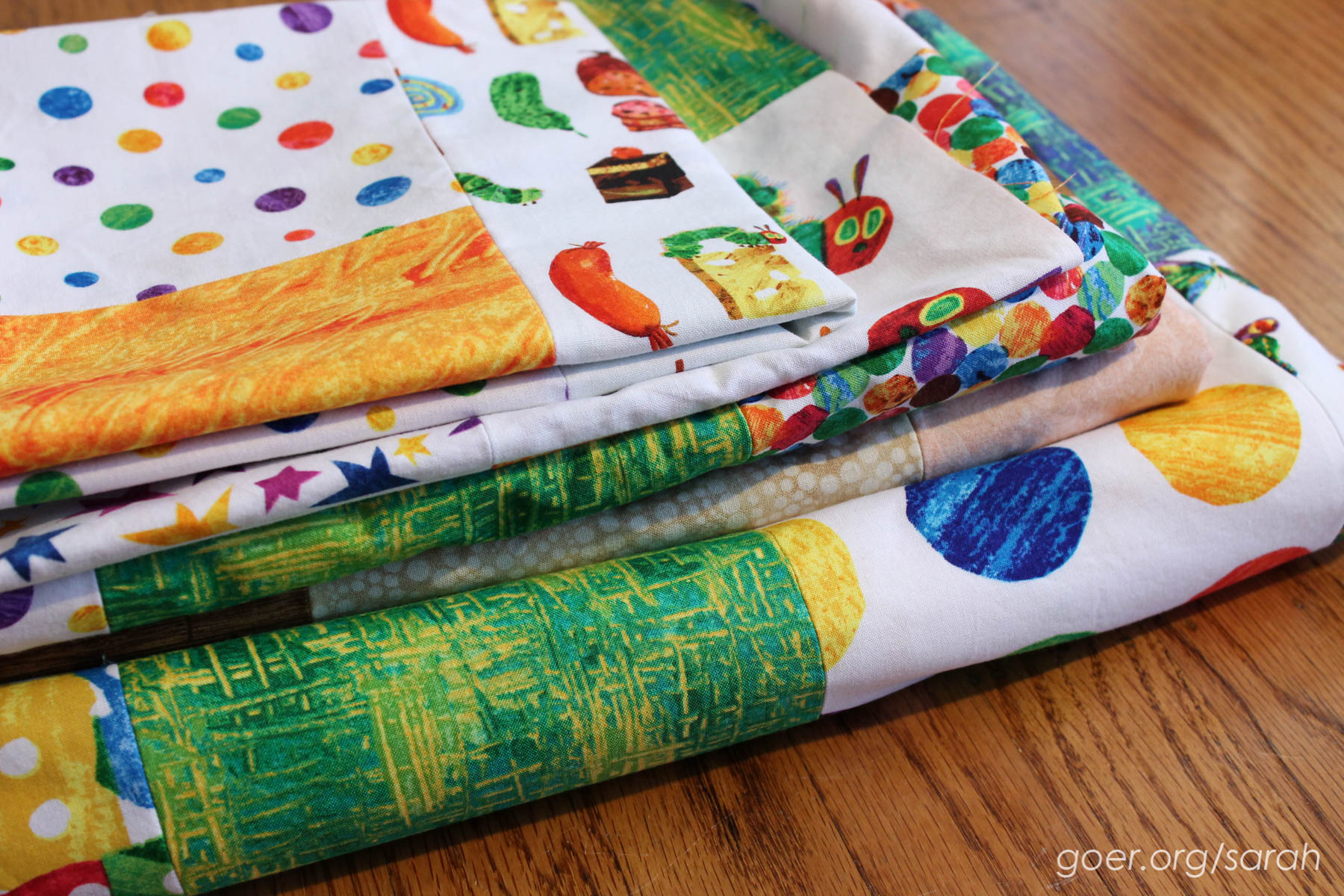 The first one I want to finish is a Christmas Tree table topper that will be a gift for my mom. At this point it is quilted with some simple loops on the trees and just needs to have the label and binding attached. 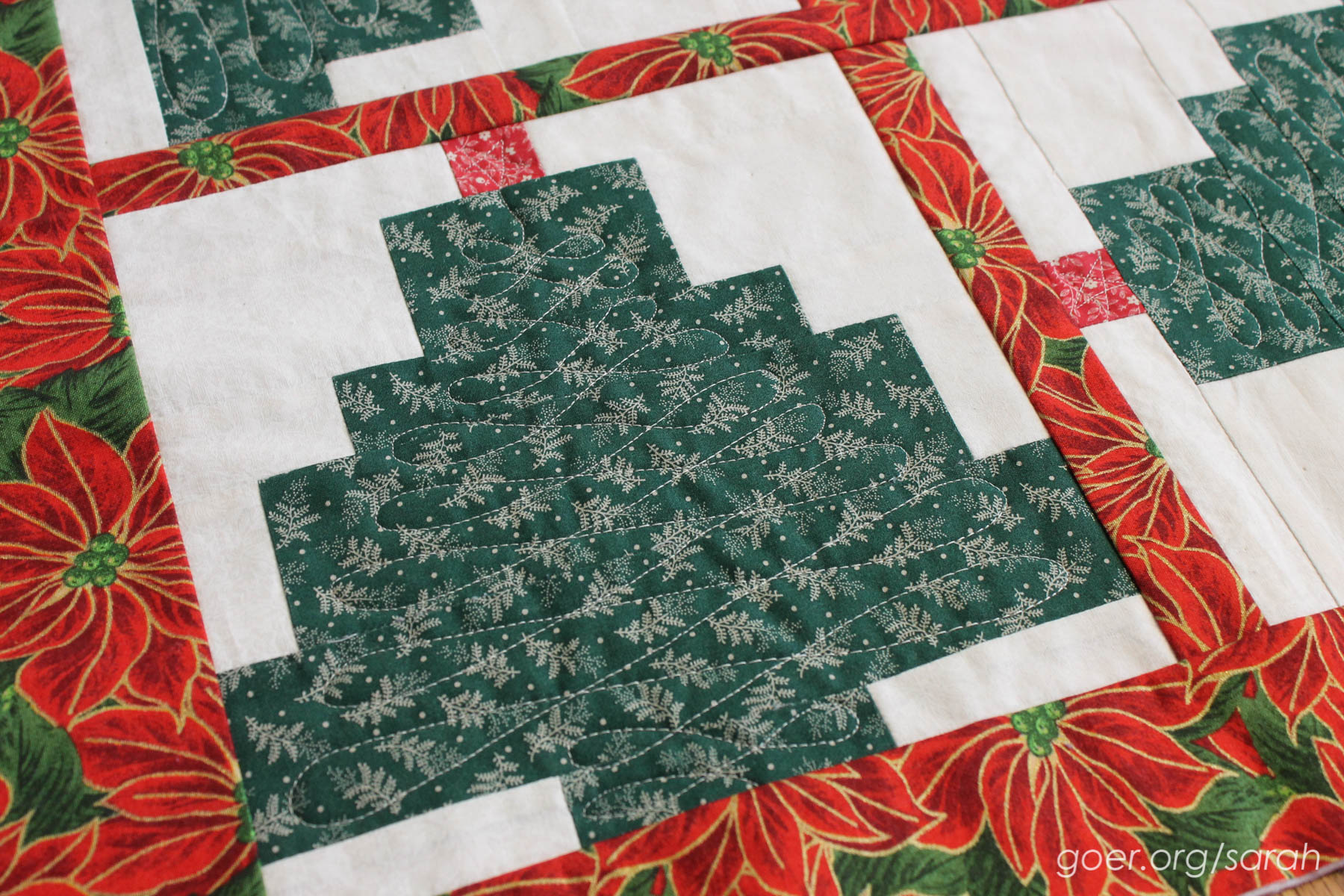 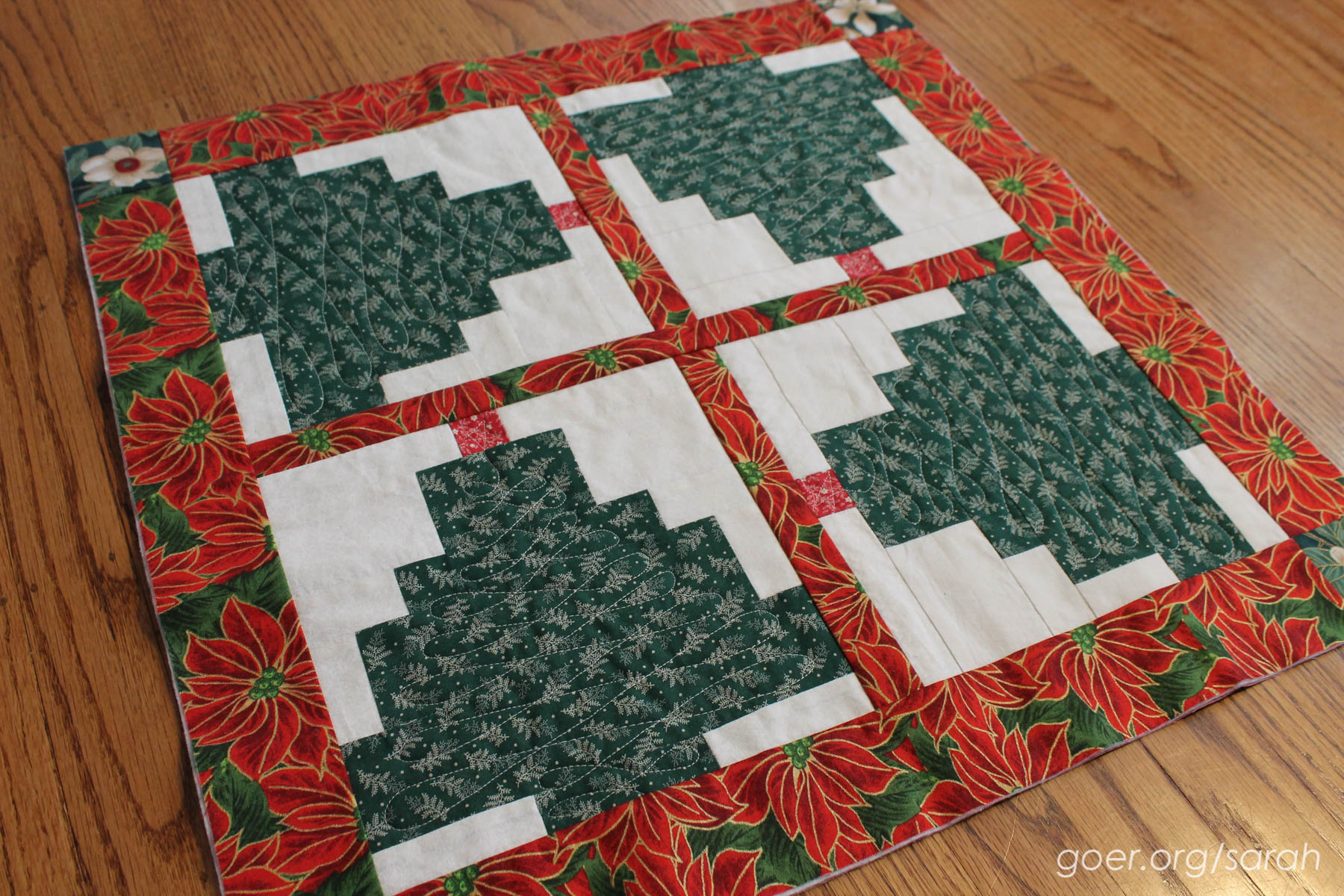 The next one I started quilting this week is the safari animals cuddle quilt. When my son made his first quilt I cut out these 35 squares to make my own quilt alongside him, but my daughter (age 2.5 at the time) insisted on making her own pattern (since she was watching her brother make his pattern with his quilt blocks). It was pieced months ago, and I've finally started quilting it. She's made it clear that she will be claiming this quilt when it's done. I've opted to go with graffiti quilting on this one, which I've only done on mini quilts so far. Here's the first section of pink on pink quilting. The yellow sections will be quilted in yellow and the safari blocks will be quilted in turquoise. The green backing fabric will contrast all of these which I think will make for a fun look. So far, 5 blocks down, 30 to go. 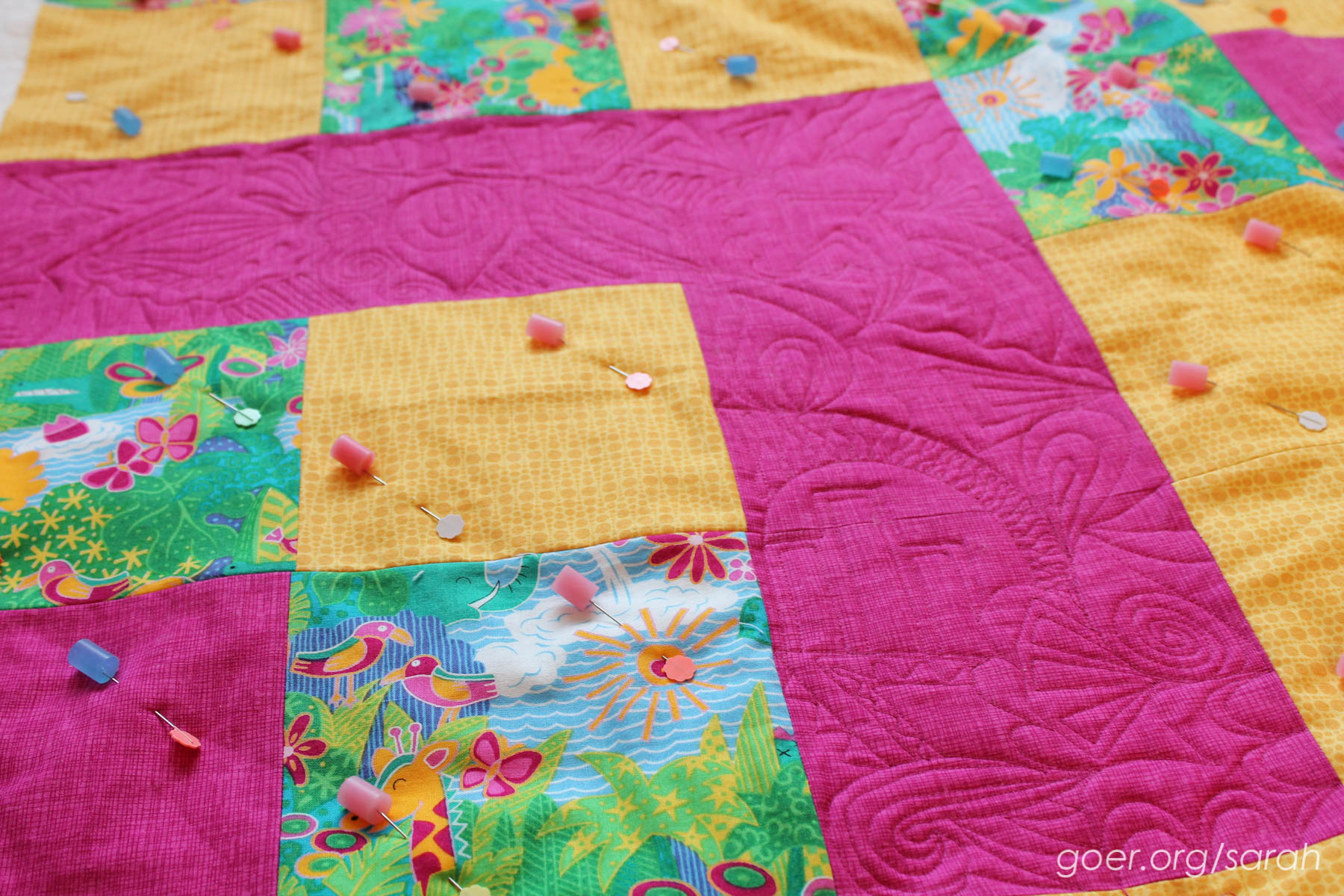 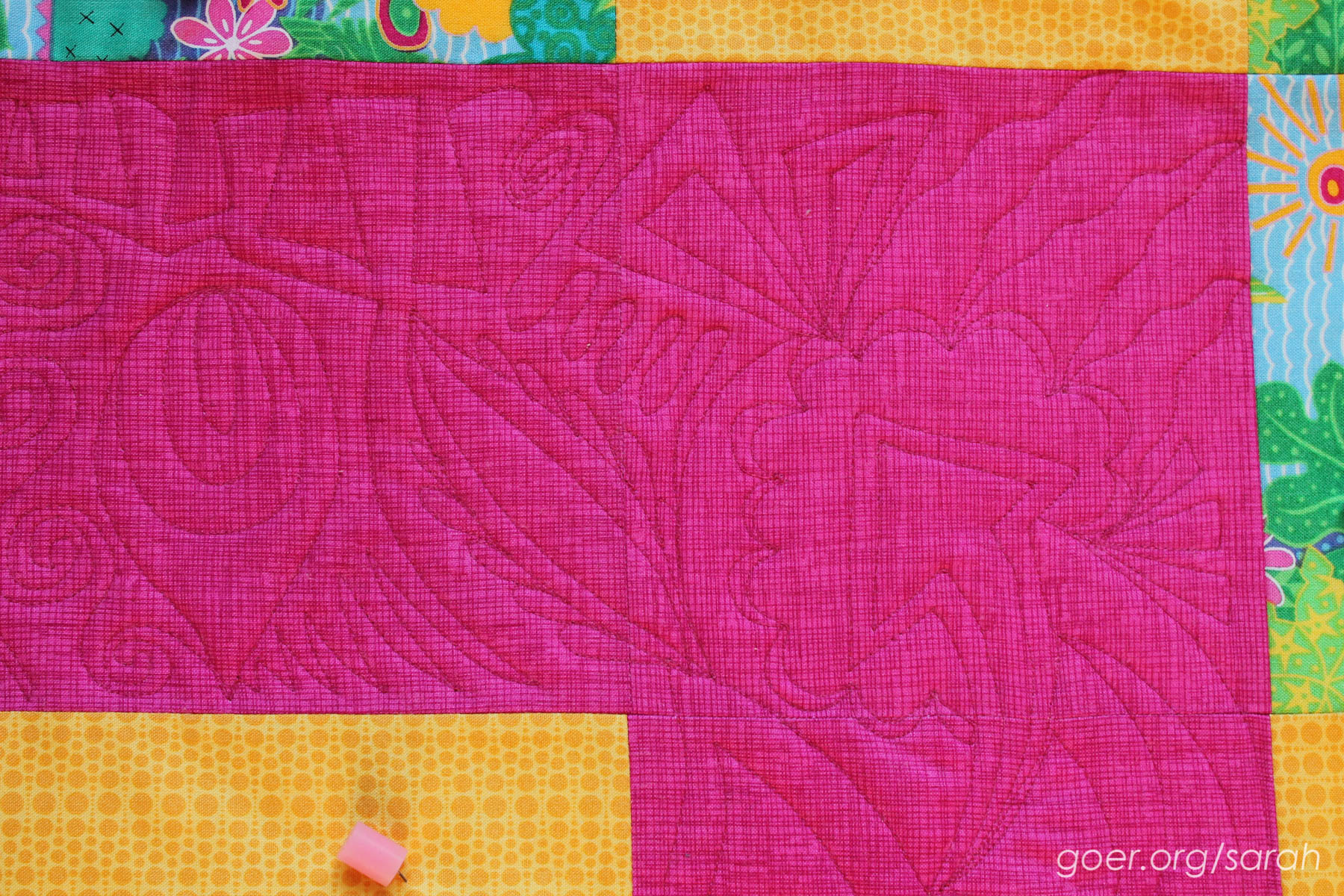 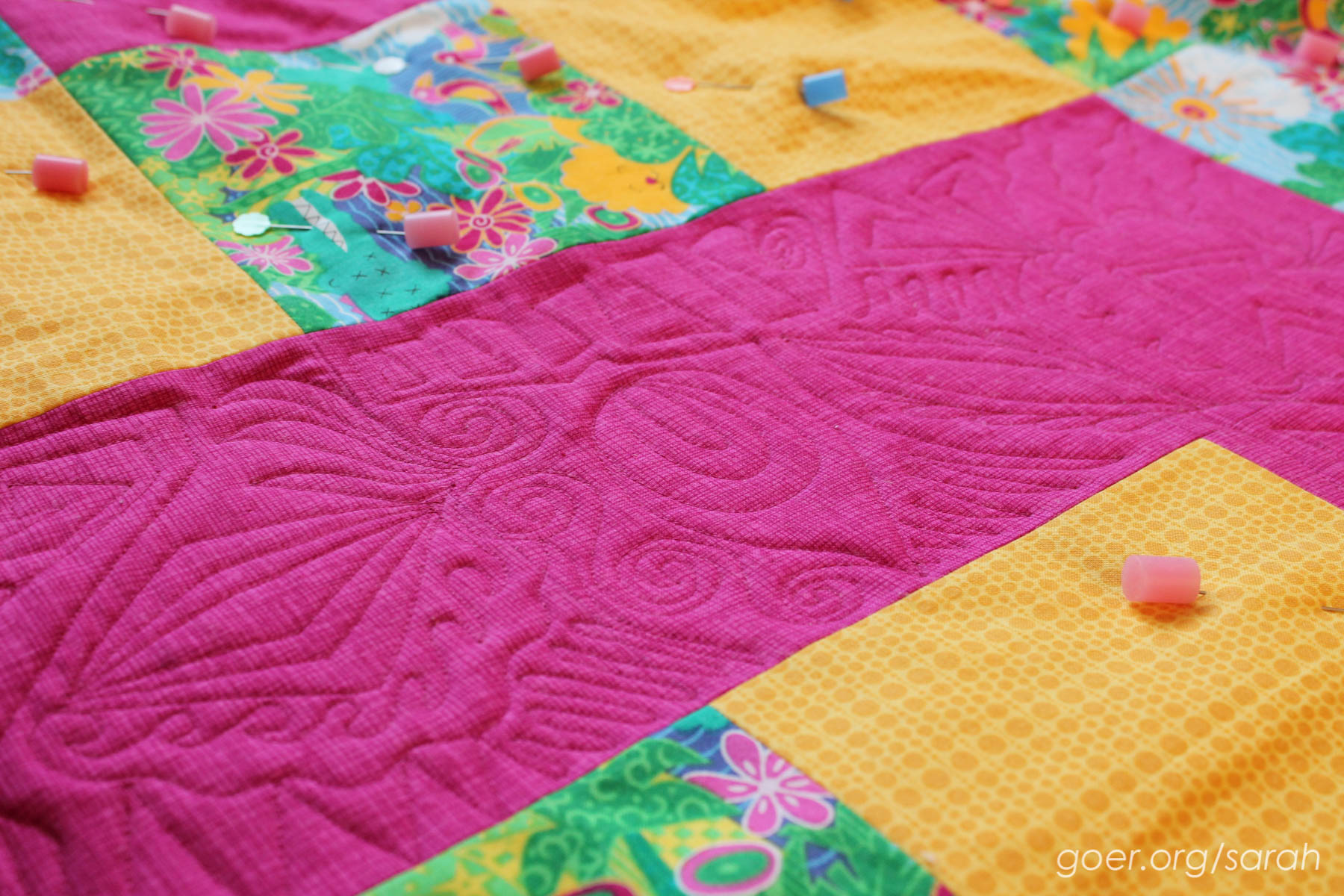 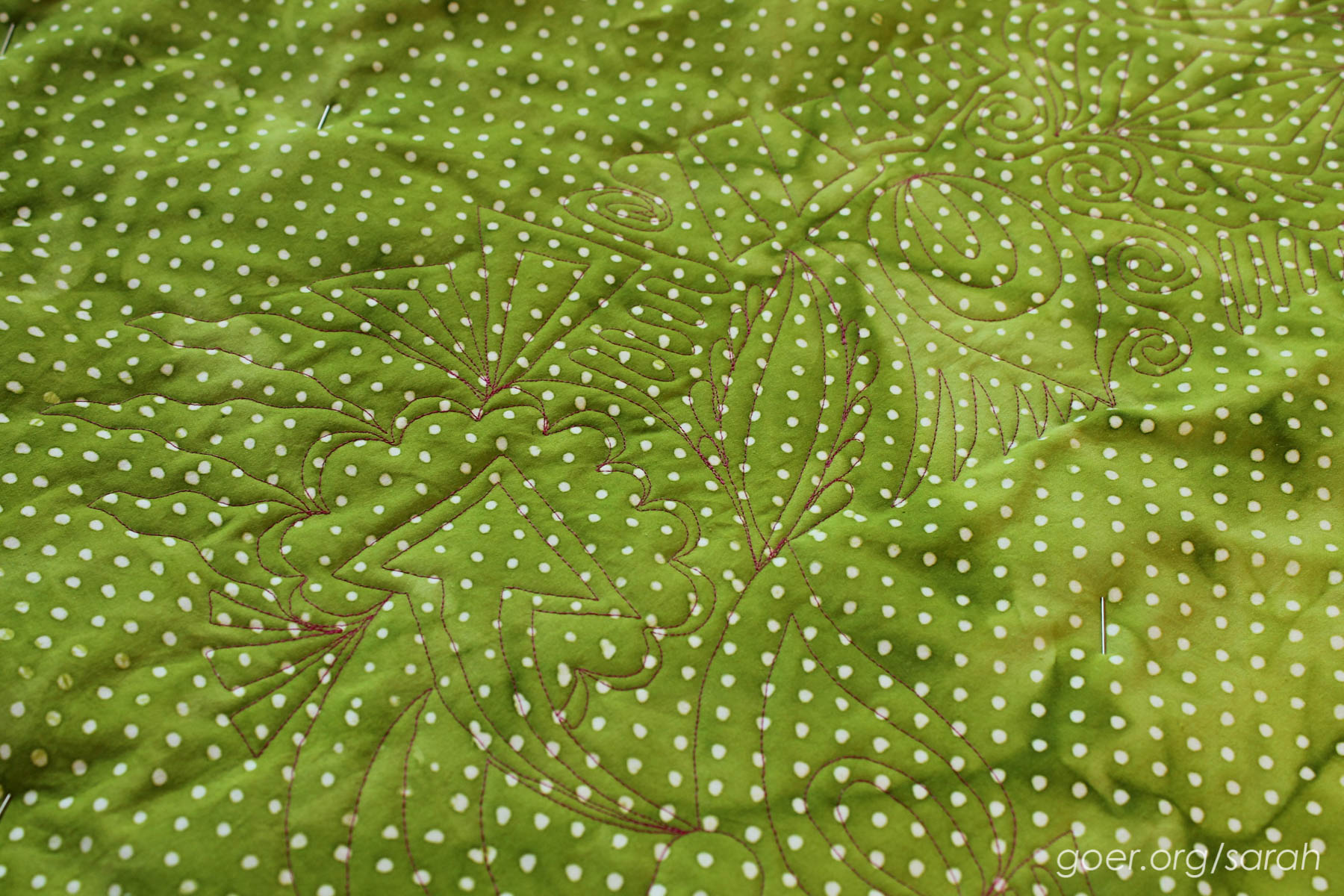 I'm behind on my November do. Good Stitches bee blocks, because I decided to try something all fancy and tricky and stuff. We were instructed to make improv symbol blocks. It's not going super smoothly, but here's what I've got at the moment for my second block. I'm replacing the upper right portion in the first photo where I attempted some improv curved piecing (what was I thinking!?). That upper portion in the lower picture is the beginning of redoing that section (with no curves!). I imagine you can see what I'm going for. Now to keep my fingers crossed that it will all come together as planned. 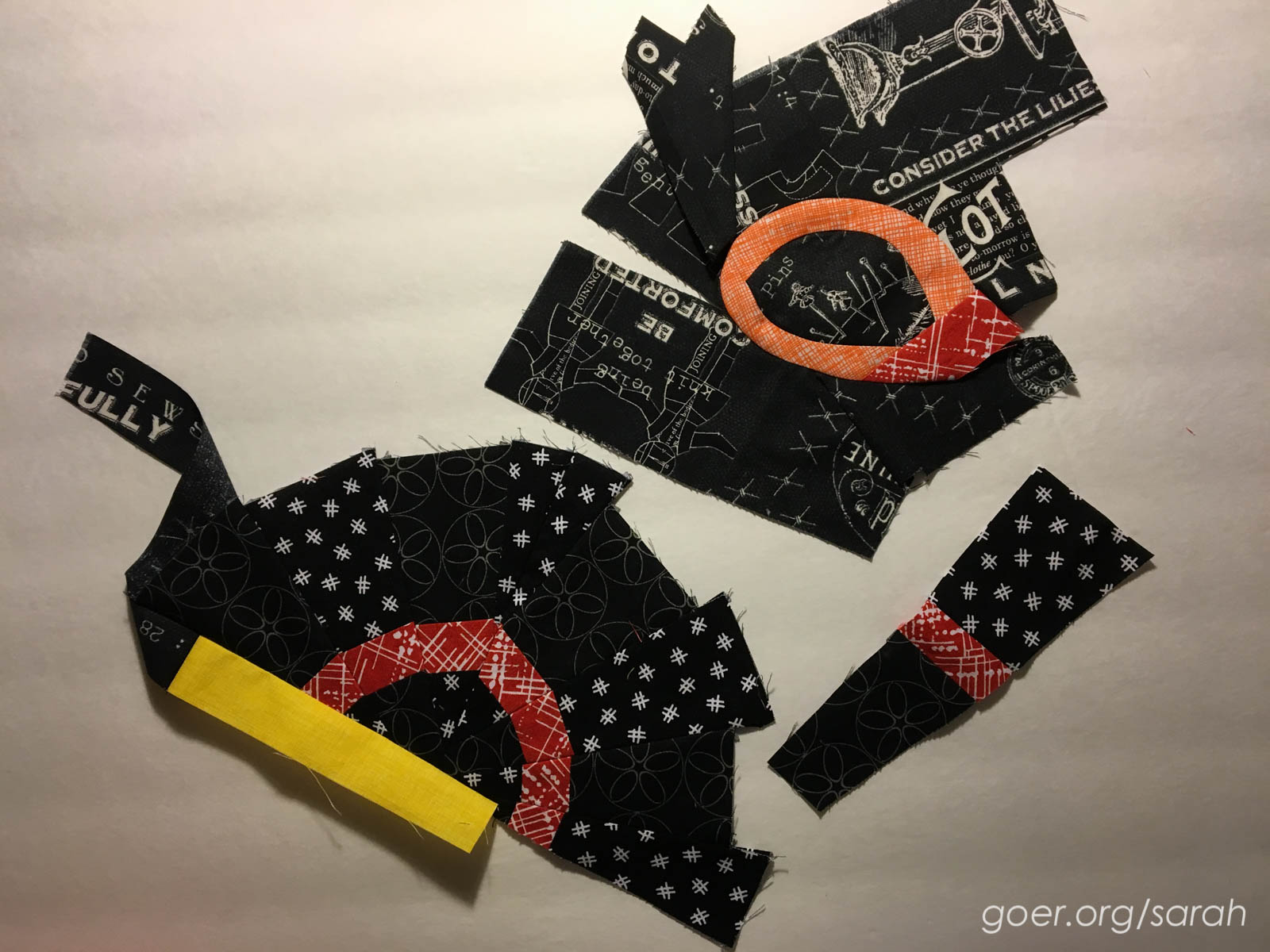 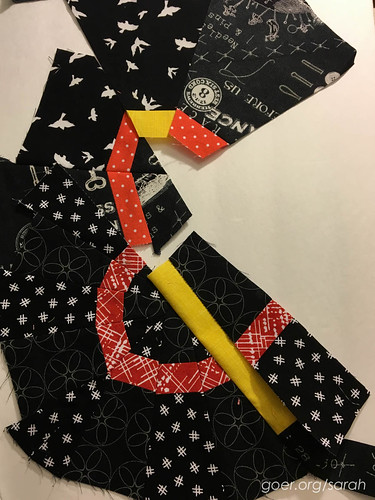 WIP Wednesday: A Little Bit of Everything