My son started quilting just about a year ago and finished his third quilt this month in time to gift to his dad. His first two quilts were squares and rectangles, making this one the first time he's sewn half square triangles. He picked his fabrics from his Finish Along winnings from my post about his first quilt, some fabrics he's picked up at the SCVQA guild sale table, and from my stash. His chose his block design, House on the Hill, from Big Book of Quilting, by Michele Morrow Harer. 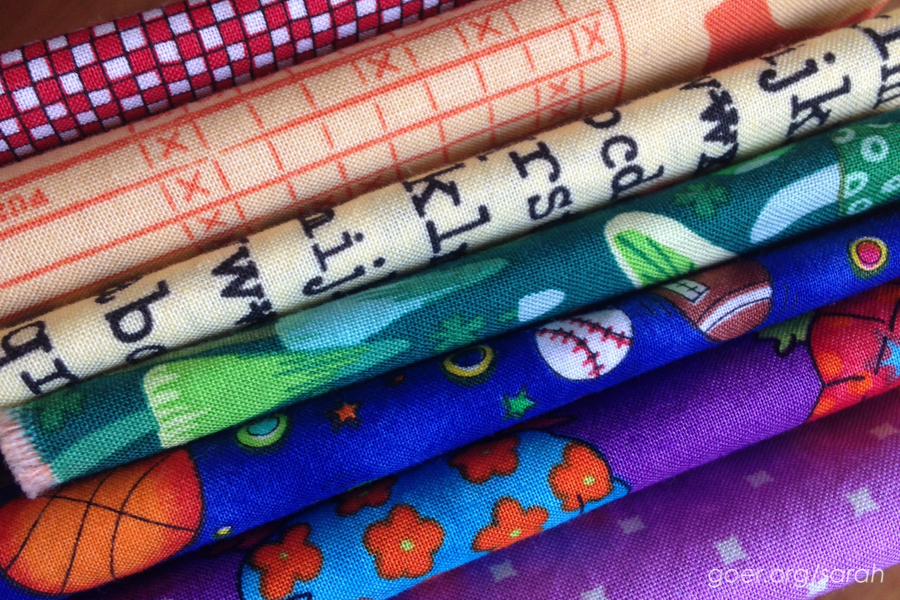 I cut out all of his pieces. I'm not sure what age I'll feel comfortable letting him use the rotary cutter, but 5 1/2 is not it. ;-) 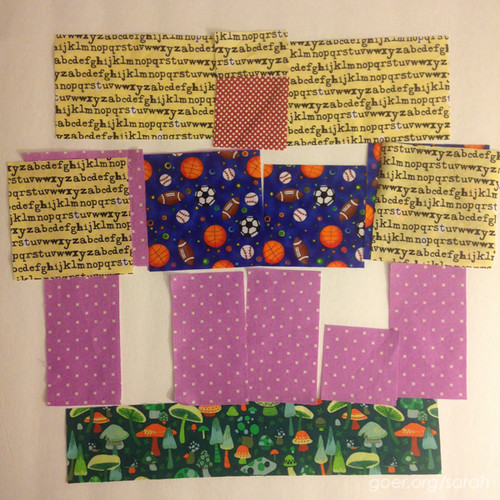 At this point he pieces independently, sewing at the kids' art table. I press his seams open for him and help him stay organized while he chain pieces. 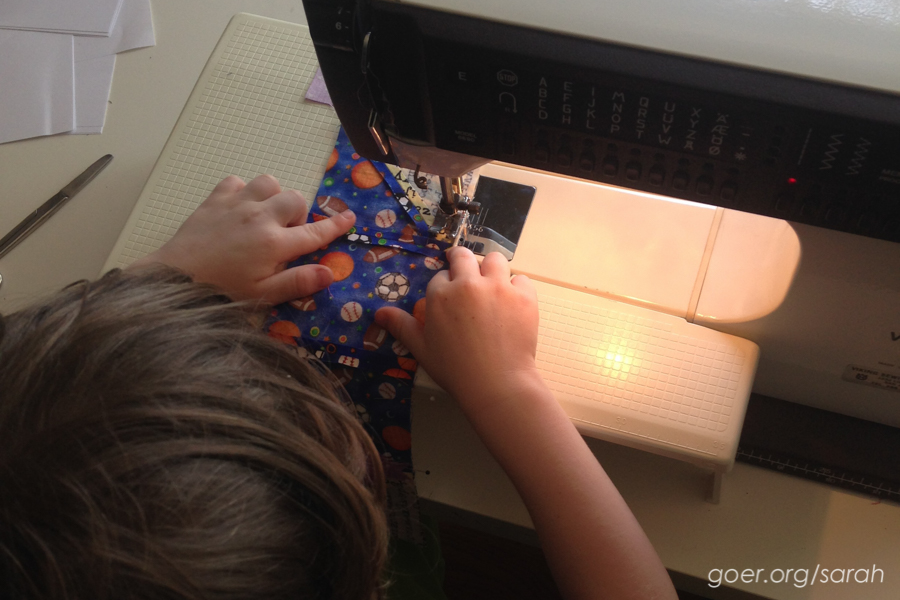 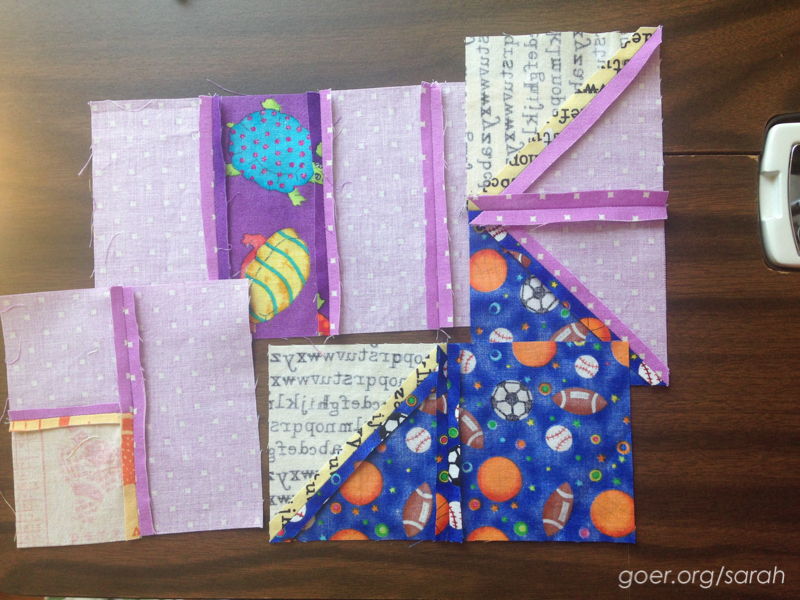 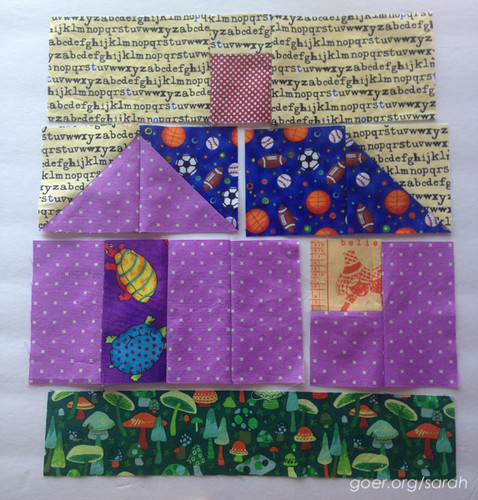 I love that he chose the turtles for the door and that he wanted to fussy cut the woman to be looking out the window. He decided to rework the pattern a bit to have only one chimney (instead of two).

He had used the walking foot for quilting his first two quilts, but once he had pieced this quilt he decided that he wanted to free motion quilt it. He really wanted loops. Okay, kid. I set up the machine for him to free motion quilt and he practiced a bit on a practice quilt sandwich. Then he went work on his mini. I supervised and assisted as needed. 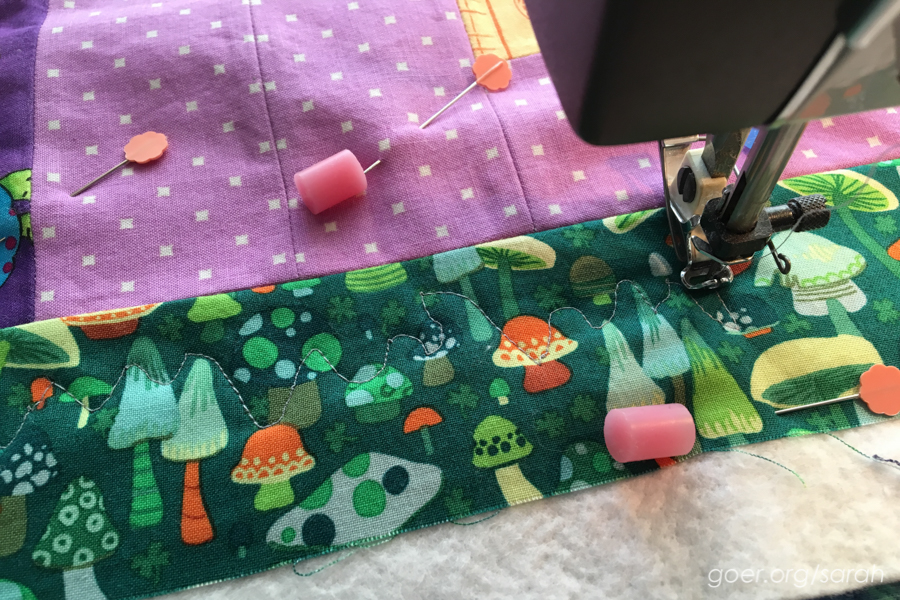 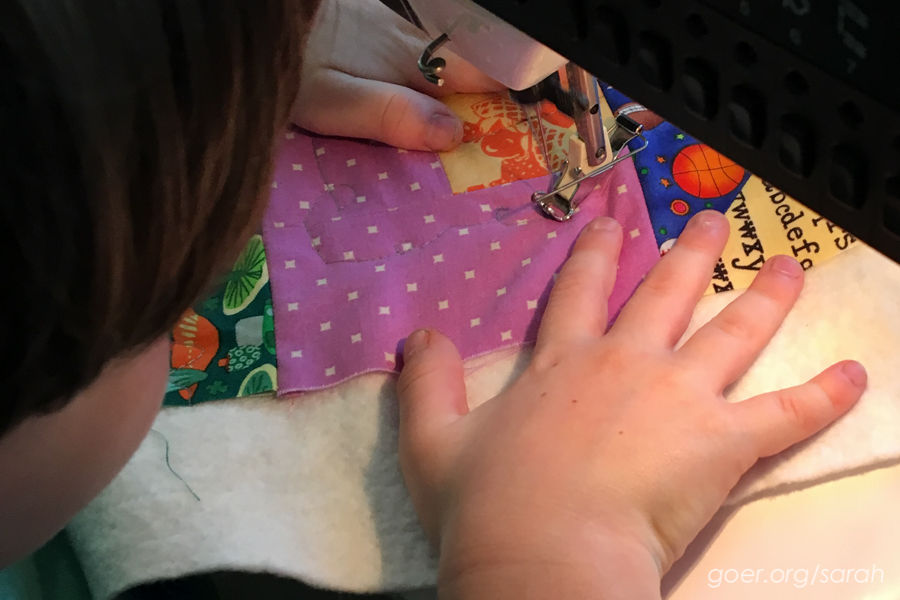 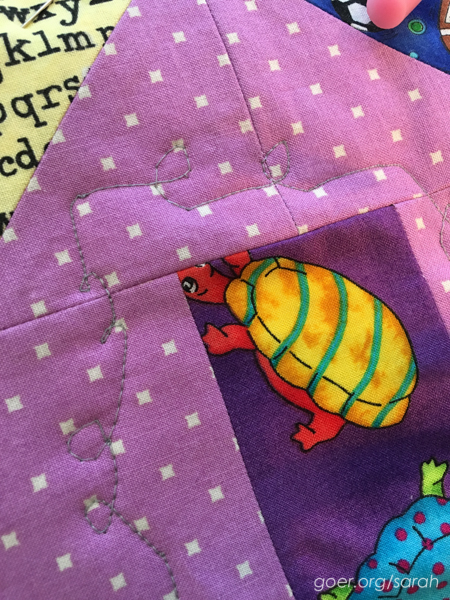 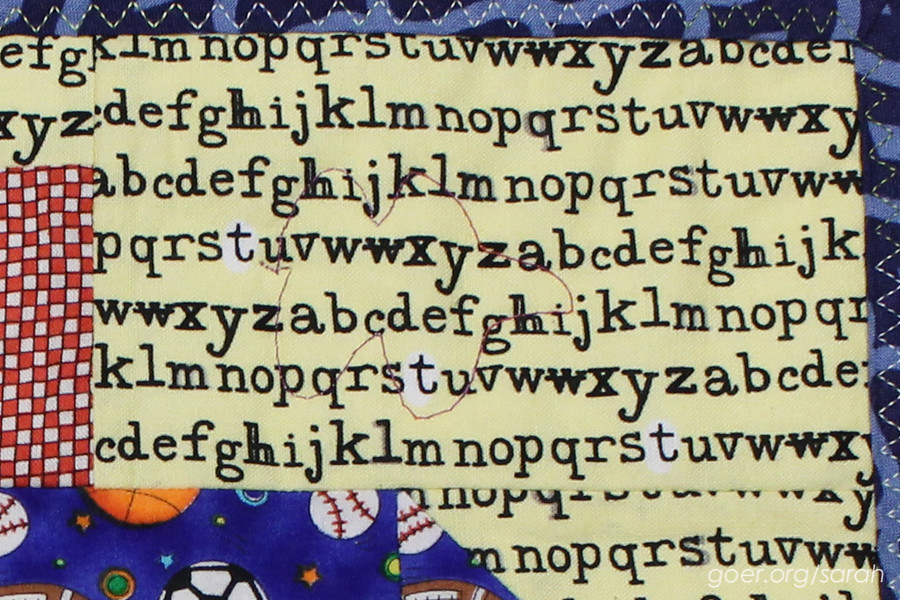 He started by quilting the ground area, then wanted the lines on the window. I'm most impressed with his loops on the house and his clouds (in variegated thread). He chose blue binding from my leftover binding box and he assisted and supervised me in attaching the binding. Since he chose a (different) variegated thread to attach the binding, I recommended the three-step zigzag for the top stitching. I figured it would be less exact for him than trying to attach it with a straight stitch. The quilt finished at 12 1/2" x 12 1/2". 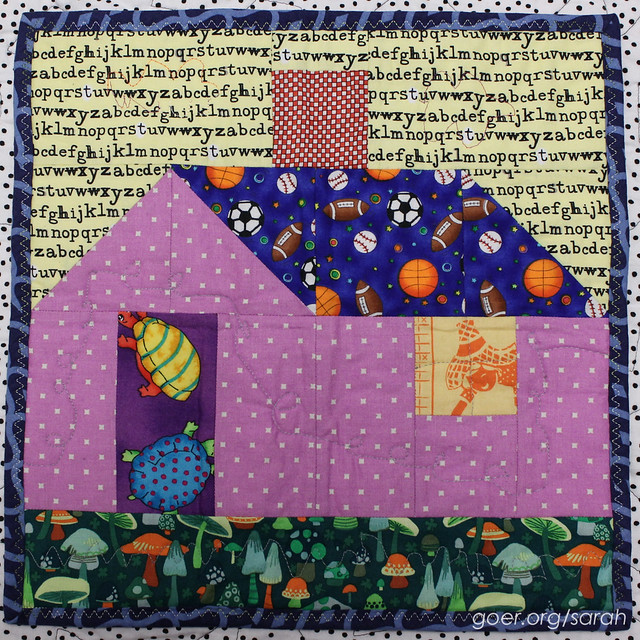 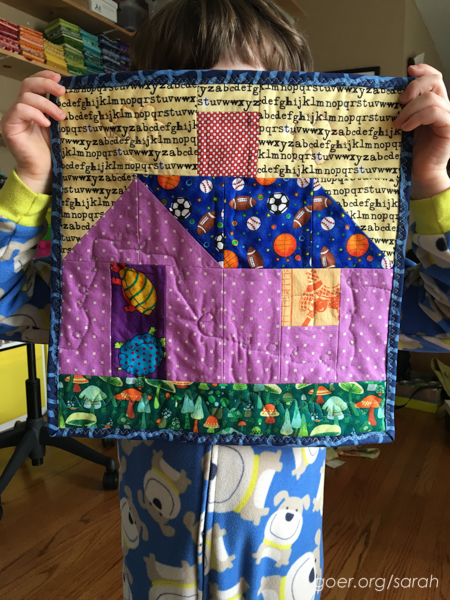 He's looking forward to showing this one and Rainbow Swift at the January SCVQA meeting.

Striped Quilt: Made by My Daughter