I had two small finishes this week. They'll be featured on the blog soon. I turned my improv curves from last week into my Disney Mug Rug and shipped off my swap package this week. Once I get confirmation that my partner has received it, I'll share it with you.

My daughter and I finally sat down to put the binding on her doll quilt. It's all done and ready to deliver. She's so pleased. Today I got the report that at school she said, "I just want to sew and sew and sew." I totally know what you mean, kid! 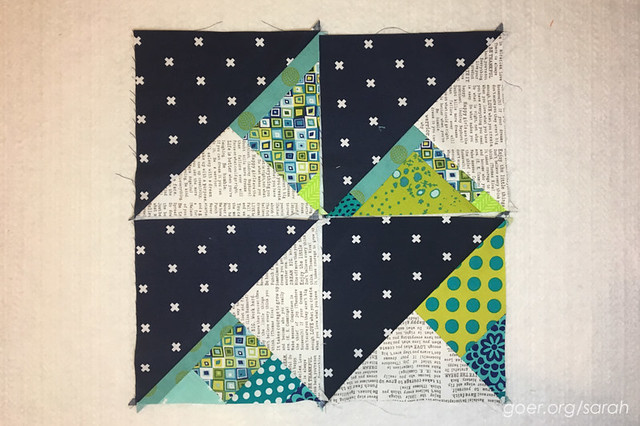 I have a goal to finish this one by the end of the month. I thought I had nearly all the blocks complete and just had to trim them up and stitch them together. When I opened the box with less than two weeks left in the month, I found I only have 92 complete blocks out of my planned 144! Eek! So step one was to create a new slab of scraps that would coordinate with my original scraps. I'm hoping once this slab becomes 40 more blocks and they get sprinkled throughout the quilt that it will all work out. It uses a bunch of fabrics that were used previously, with quite a few new ones. I'm worried about that green on the top of the right edge. 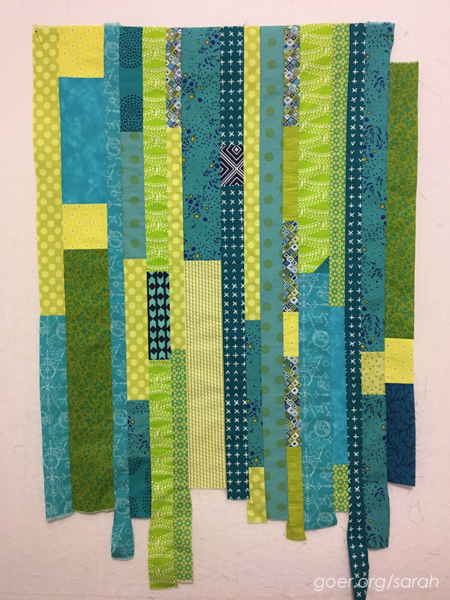 And because I really have an inability to focus on just one project, I took a break from the above project today and finished up my four blocks for this month's do. Good Stitches for Serenity Circle. They will be trimmed down a smidge to 8 1/2" by 16 1/2" each. 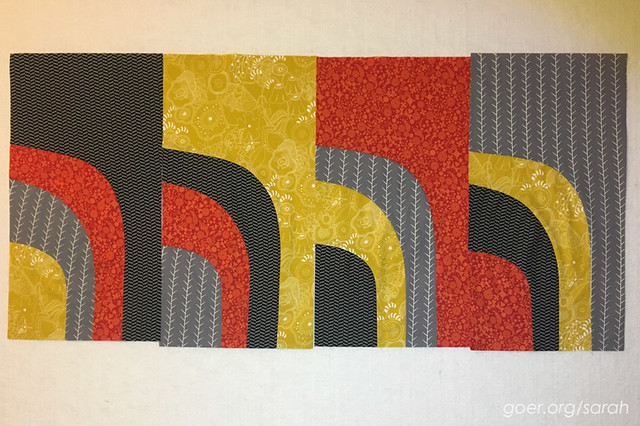 We're using this Craftsy tutorial. They went together in less than an hour and a half total, but a couple are wonky in places. Ailish may need to starch them into submission when she puts the quilt top together. ;-) The tutorial is pretty straightforward, but I'd recommend that at the start of each seam, you offset the edge by about a half inch (see below). I only did this on the last (smallest) seams and I think it would have helped on the other seams as well. 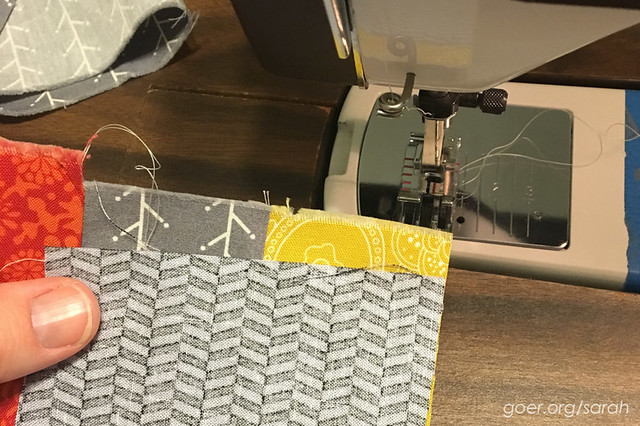 Thanks for visiting! I'm linking up to Midweek Makers and Needle and Thread Thursday.

Tutorial: 8 at a time HSTs

18 thoughts on “WIP Wednesday: Back to Creative HSTs”