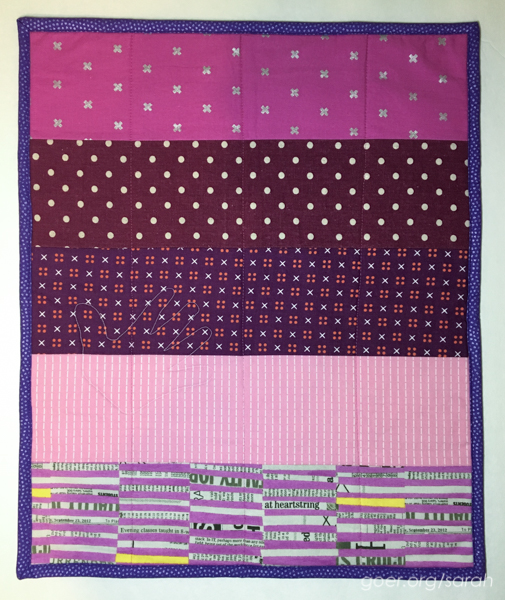 While on our family vacations to Portland and Southern California this summer, she chose some fabric to start her own stash. For this project, she picked solely from her stash. Her first choice was to use the cat fabric for the backing. Then she chose the "stripes" of fabric for the front of her quilt. 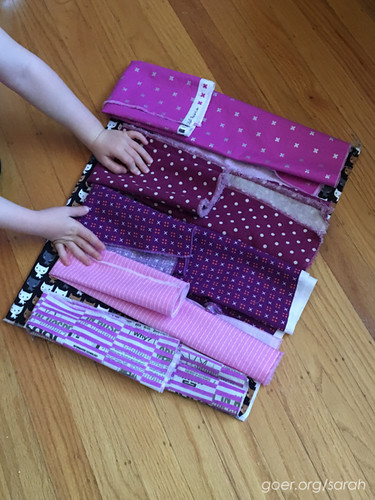 She opted for simple lines of quilting (similar to her brother's quilting on Rainbow Swift, but going perpendicular to the stripes of fabric) and wanted to add the quilting of her handprint like we did on her first quilt. I traced her hand and free motion quilted that part. 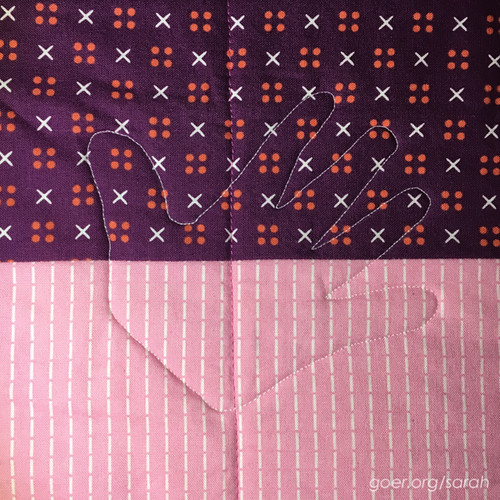 She hand wrote her label. (First name removed in pic.) 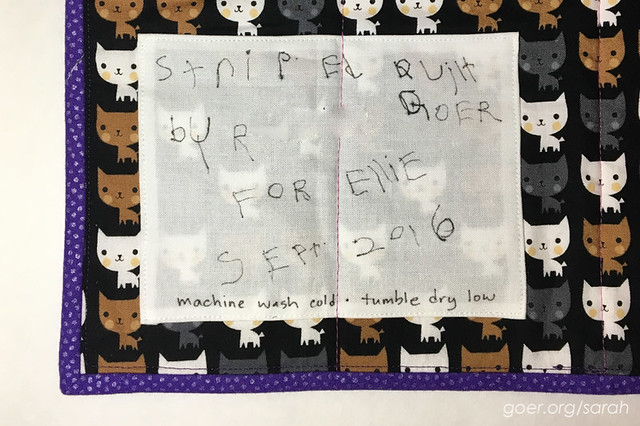 I keep remnant binding pieces to use on small projects and for scrappy bindings. She initially chose two pieces of binding from my remnants, but when I was making additional purple binding for my own project I offered to make enough extra purple so hers would be all one fabric and she liked that option. Last weekend we were finally able to finish up the quilt by attaching the binding. Now to deliver it to Ellie!

Linking up to the Q4 Finishes Link-Up. See my Q4 list here.

House on the Hill, A Mini Quilt by G

8 thoughts on “Striped Quilt: Made by My Daughter”