May was our first month sewing with the kiddos for the Kids Quilt Round Robin that I'm co-hosting with Sarah of Berry Barn Designs. My kids have each created a 20" x 20" block.

My daughter R decided on an animal theme. She wanted to make a star block and chose this version with quarter square triangles. We made the QSTs oversized and trimmed them down to size. 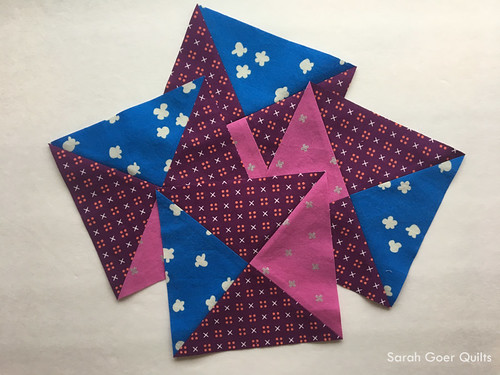 The star unit is an 18" finished block, so R chose to add one strip of each fabric to bring the block up to size. I loved listening to her talk herself through the decision of where to put which strip. 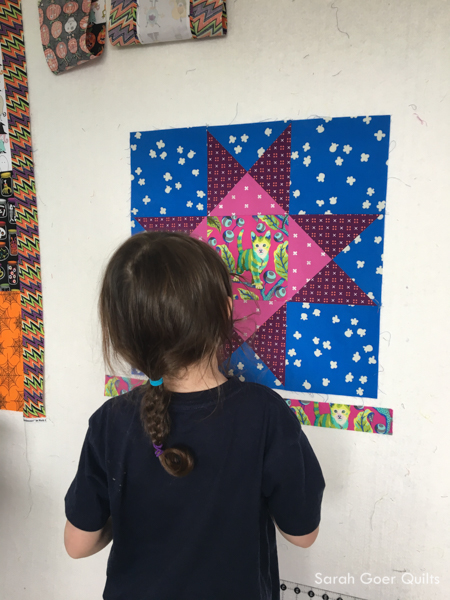 She decided on a design with the border strips that required partial seams, so I helped her with that. Now she can check that off her Quilter's Card. ;-) 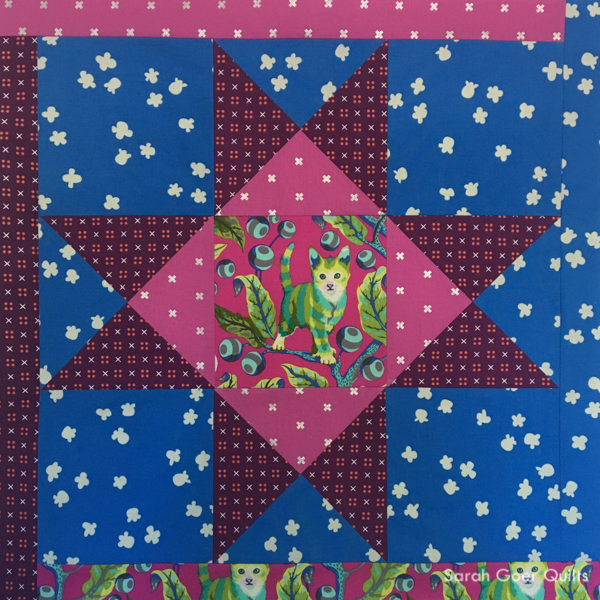 My son G chose a sports theme for this quilt. He wanted to make a baseball and bat (the glove got edited out in the process) so I helped him sew his first inset circle and do his first fusible applique. For his circle, he started by drawing on the stitches with a fabric marker. Then we used the "pin the heck out of it" method of machine sewing an inset circle. I got him started and we worked together on pinning the first 1/4 of the circle, then I handed off to him with pins at the 1/8 points of the circle and he filled in by pinning between those. He had to take a break because, "It's like, BAM oh, I only went through one layer. BAM aww, it's in the wrong place, BAM *finally* I put the pin in the right place... for every pin." Quilting is apparently very hard work. ;-) 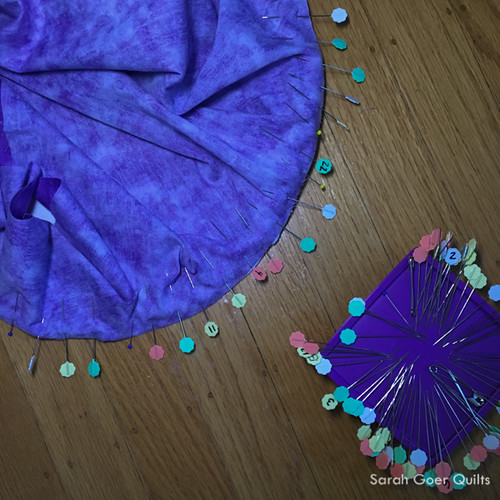 He machine pieced the circle, taking a few slow stitches between removing pins. He worked on smoothing the purple fabric to alleviate puckers. 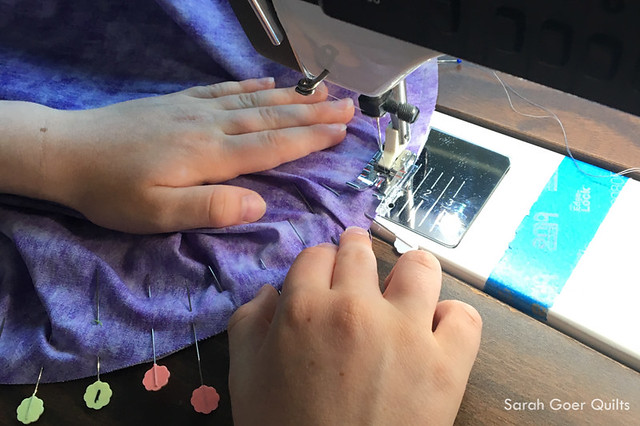 For his applique he drew the bat the size he wanted it on paper, then traced it onto fusible. 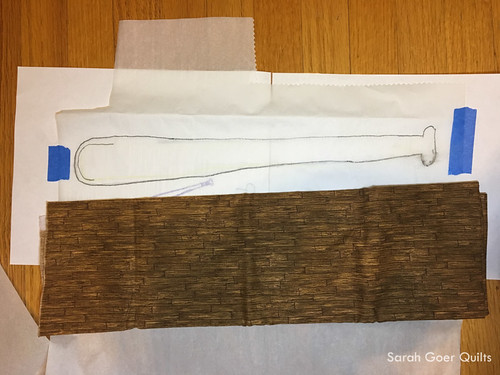 G finished the applique by stitching around the perimeter with a fancy stitch. 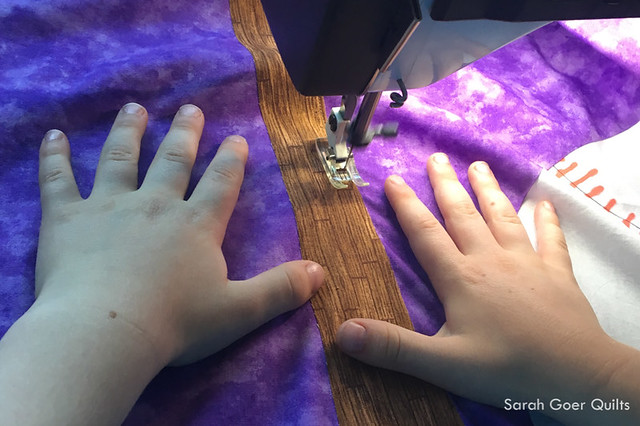 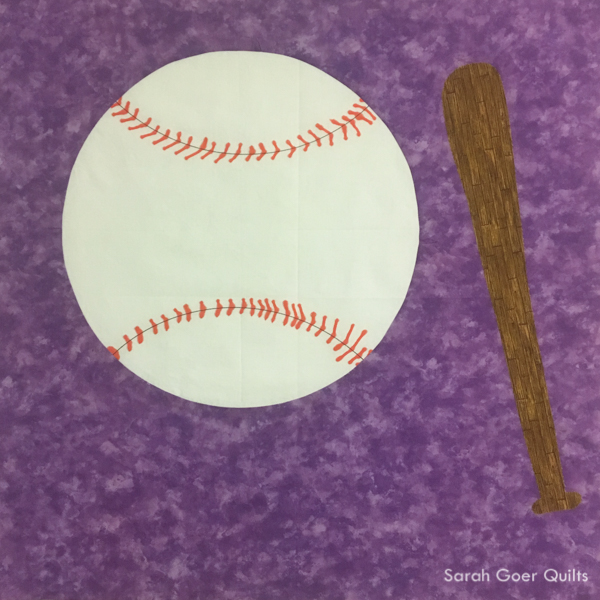 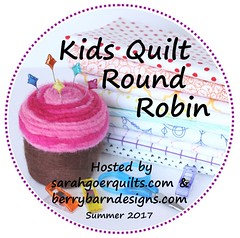 8 thoughts on “Kids Quilt Round Robin: Round 1”