It's been a busy week of sewing. Curves and Swoon blocks and Project QUILTING, oh my! I mentioned this week's Project QUILTING challenge to my daughter and she made a quilt for the challenge, too! I'm so proud of her and really enjoyed her excitement. This week's challenge was to make a quilt with only red, white, and blue (though we didn't have to use all three). I love the fairly open ended theme and endless possibilities. Early on I decided that I would limit to blue and white since I don't have much in the way of red fabric. I've admired these temperature quilt blocks by Cheri and decided on some improv triangles for this challenge. I chose a dark blue solid for the main portion of the blocks and was able to cut sixteen 4" squares from my scrap of fabric. Of the two coordinating prints I chose, I was most limited on the crosshatch, so those were cut into small strips. The units went together quickly. My initial plan was to use a straight set layout with all blocks in the same direction like this first photo. Then I played with potential layouts and decided I'd go with the fourth one. 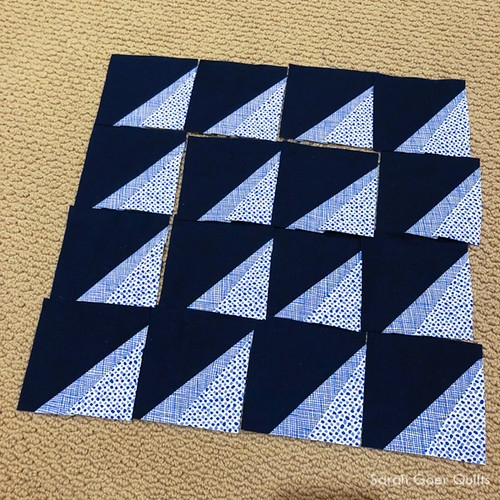 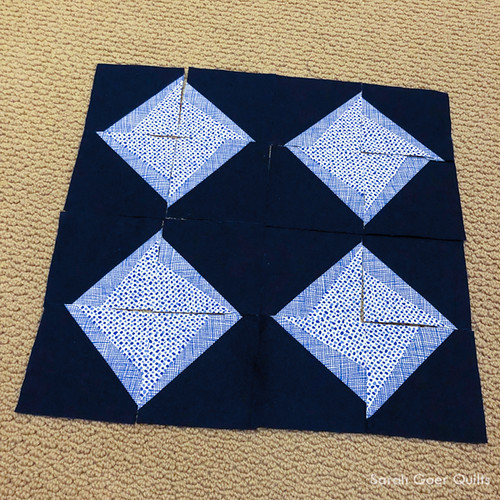 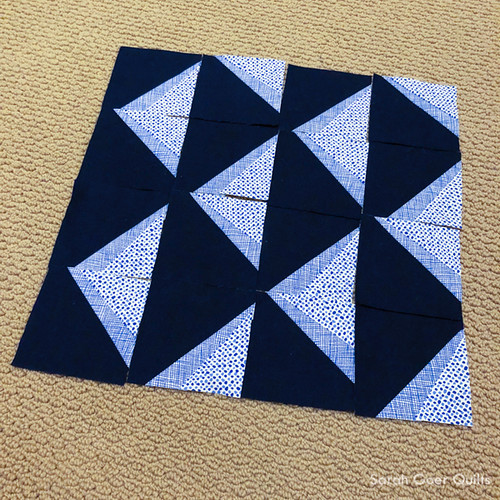 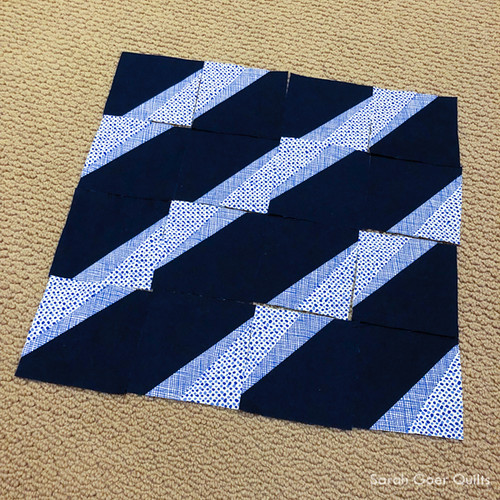 In piecing my rows together two rows got switched and I didn't realize it until I was done with the quilt top. With the other deadlines this week I decided I didn't have time to unsew and I would just stick with the happy accident that happened when I swapped rows 3 and 4. I went simple with the quilting by using Aurifil 50wt Medium Delft Blue (#2783) for diagonal walking foot quilting. My final design decision was to bind in solid Kona Red. My daughter and I both used this fabric for our binding, so that saved me some time by making it all at once. The quilt was machine bound with Aurifil 50wt Red (#2250). Since I pieced with Aurifil 50wt White (#2024), I not only used red, white, and blue fabric for this quilt, but also red, white, and blue thread as well! 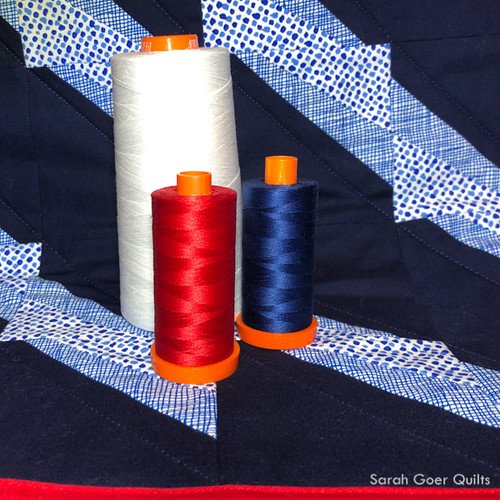 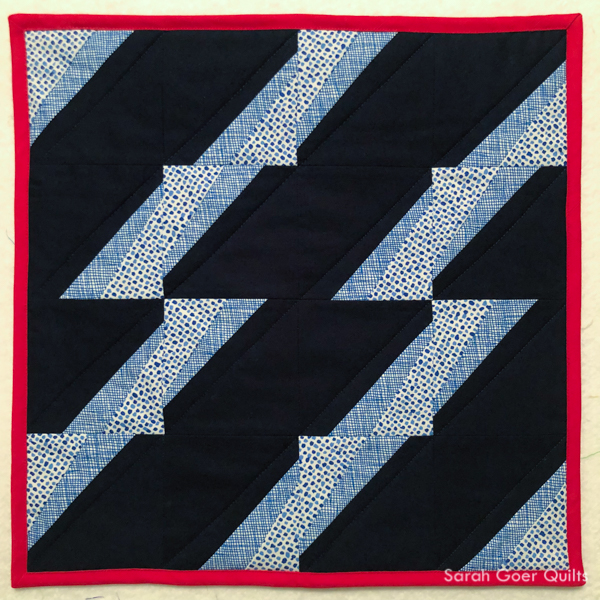 I'm linking up to Project QUILTING 10.2. Voting is open! You can vote for your ten favorites. Mine is #74 and my daughter's submission is #72.

Project QUILTING 10.2: Red, White, and Blue (Made by My Daughter)