Last month I passed my starting block onto Suzanne to kick off our round robin. There are five of us from my guild, Santa Clara Valley Quilt Association, participating in this round robin. We are passing the projects each month at the guild meeting. 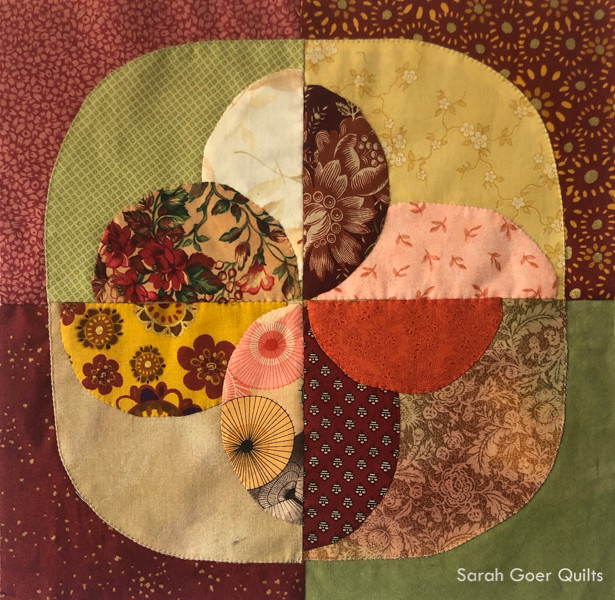 In the first pass, I received Callista's project. She chose earth and jewel tones, heavy on rusty orange to maroon. She included many fabrics to choose from and she wants a lap/couch quilt that feels "warm, boho, a mix of fabrics, prints, and scale." During my sewing slump I had her center block up on my design wall. There are so many possibilities! As a group we chose two random prompts to chose from for each round. In round two my options are to include a pinwheel block or something from nature. 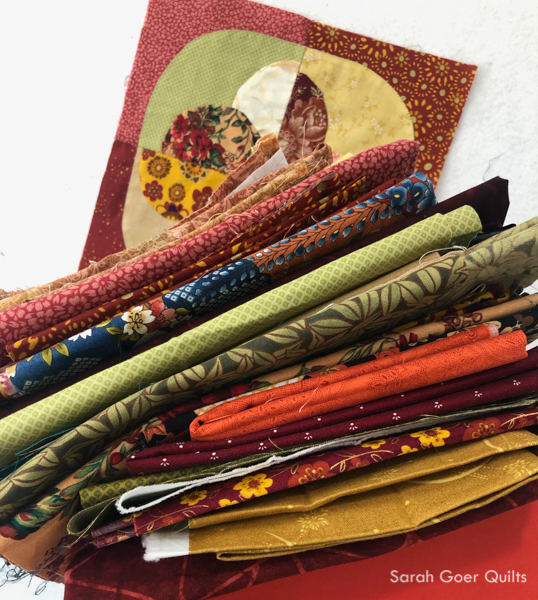 I won't be able to show you what I'm adding to her block until the round robin concludes in late October when we reveal the finished quilt tops to their owners. I think I know what I'm going to add to Callista's block, but I'd love to hear what you would do!

Round Robin: 3rd Round

4 thoughts on “Round Robin: 2nd Round”