In June 2021, Ellyn and I started the Quilts Unscripted Bee. Currently we have 11 improv quilters and each month we create 2-3 improv blocks for one quilter. I've been so excited to see finished quilts and quilt tops in recent months that I wanted to share them with you. My beemates have shared their photos with me. Enjoy!

You may have seen Sarah Ruiz's Unscripted quilt that was awarded first place at QuiltCon 2022. She gave us a color palette and asked us to each choose letters so she would end up with an alphabet of blocks in a variety of improv styles.

Chris Davies chose the vibrant blue and yellow palette for summer blocks. I made the book and the (not a banana) hammock.

Chris Simon invited us to play with improv line in our choice of color.

Elizabeth Ray was inspired to have us create these long strips of improv sections with our choice of two vibrant colors. I used Kona Cerise and Peapod.

Ellyn Zinsmeister asked for improv log cabins in a set color palette which she set into buildings against a dark navy sky. I'll share about my blocks soon.

In March, I asked the group to make improv star blocks based on the traditional Sawtooth Star and featuring whatever improv styles and techniques the maker enjoyed. I love the variety of details in these blocks and look forward to putting them together once the last few arrive.

I really enjoy the fun and challenge of receiving a new prompt each month. This month I'll be making some improv letters. My wheels are spinning on what letter styles I will use.

Three years ago I took a break from online quilt bees. And honestly, I've missed it. A couple months ago I reached out to friends in The Solid Seven quilt bee on Instagram and I was immediately welcomed into the group. A couple members are women who were in the bee with me back in 2015-2016. It's fun to be sewing for quilty friends again.

In October Ellyn asked for 70's inspired blocks in a rainbow palette. I immediately chose to make a cassette block from the Quilt Hits Vol. 1 paper pieced pattern by Projektownia Jednoiglec. The cassette tape on my block is about 9" across, so I think the block finished a little larger than 13" x 13". 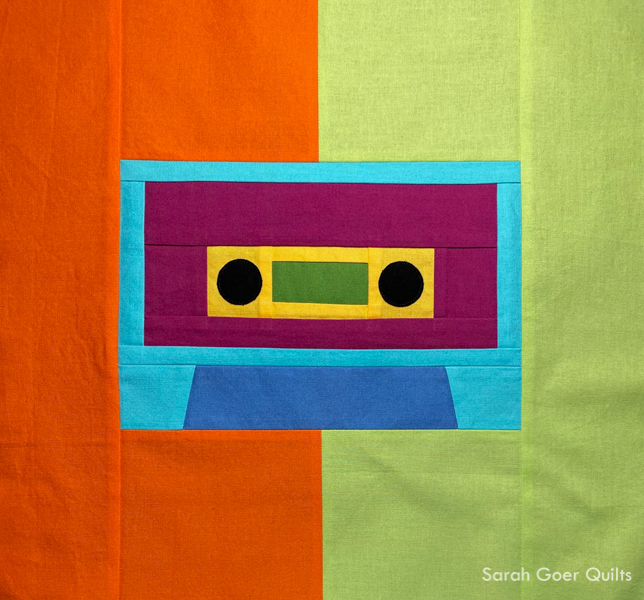 I thought about other options for a long time until I landed on the idea of making a Mork from Ork block. As a child in the 80's the majority of time was spent watching TV, and I loved Mork and Mindy. I guess that show was my introduction to Robin Williams. What a fabulous actor! I used the Paper Pieced Children block by @saphre1964 and @southbaybella as a starting point and edited to add details. There's a bit of top stitching on the shoulders and the triangle. This block is about 10" x 13". 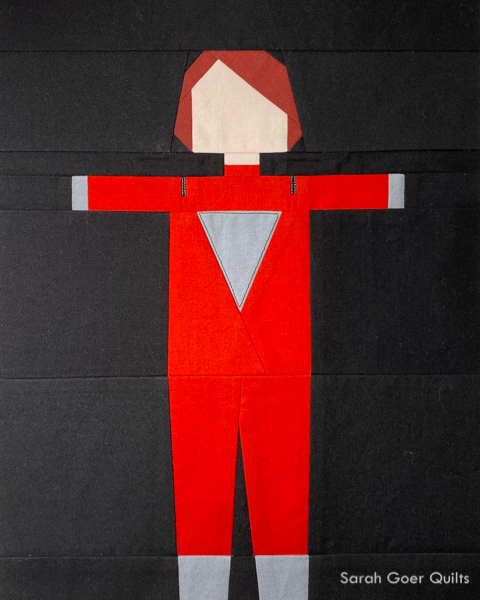 In November, EA gave us the palette of Kona Breakers, Robin Egg, Regal, Pomegranate, and Salmon and her design inspiration is this quilt from Jeni Baker. I thought I'd do some improv piecing, but actually started with the two 12" snails trail blocks, using the Fat Quarter Shop block pattern. Then I improv pieced the strips in the panel on the left. And I was still itching to make some improv flying geese, so I made those next. And I just couldn't stop so I improv pieced some of my scraps for EA to use as filler. :-) 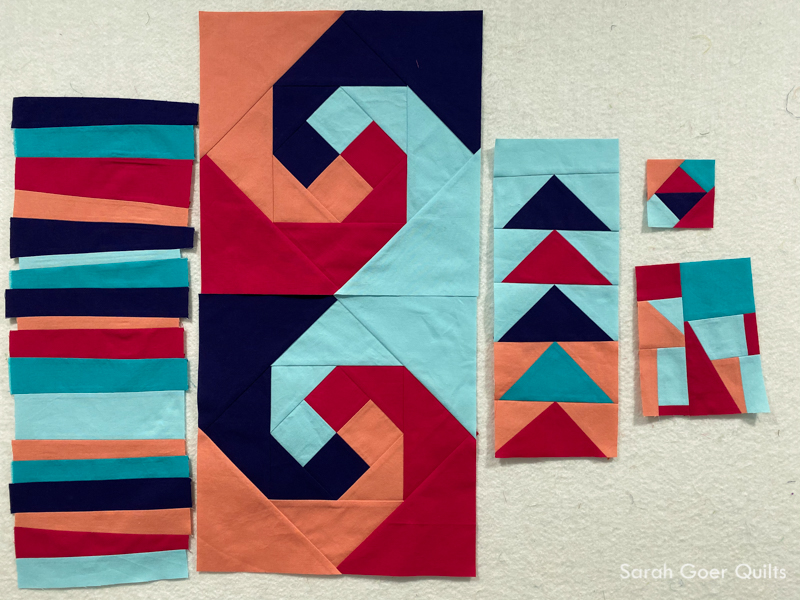 This month we're making some fun sunrise/sunset inspired blocks. I'll share those with you later this month. :-)

I'm participating in the 31 Day Blog Writing Challenge with Cheryl of muppin.com.