The products featured in this post were given to my by Aurifil and FreeSpirit Fabrics. 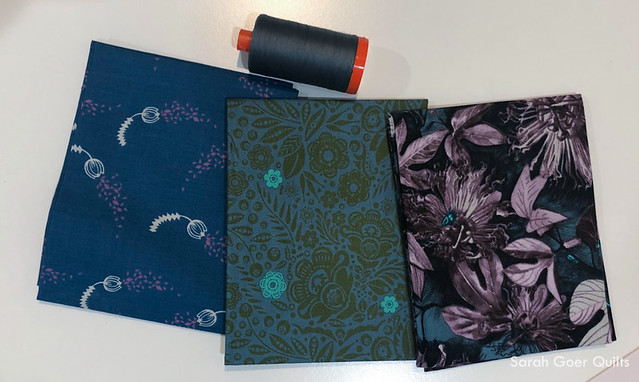 As an Aurifil Artisan I was invited to participate in an Anna Maria Horner Showcase. I was given three fat quarter's from Anna Maria Horner's Meandering Colorway of her Passionflower collection. 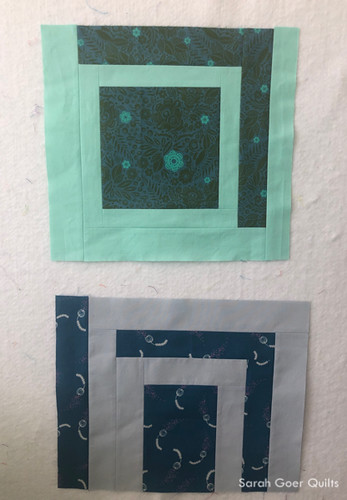 This ended up being a plan A turns into plan B turns into plan C... kind of project. I might be on F. ;-) Initially I was considering ways to use all three fabrics together and then decided I would add some solids. I wanted to lighten up the palette and add some contrast. Then I decided I really liked two fabric pairings with one fat quarter and one solid. I decided I would make a two sided mini quilt with planned improv log cabins, using the third fat quarter to bind. 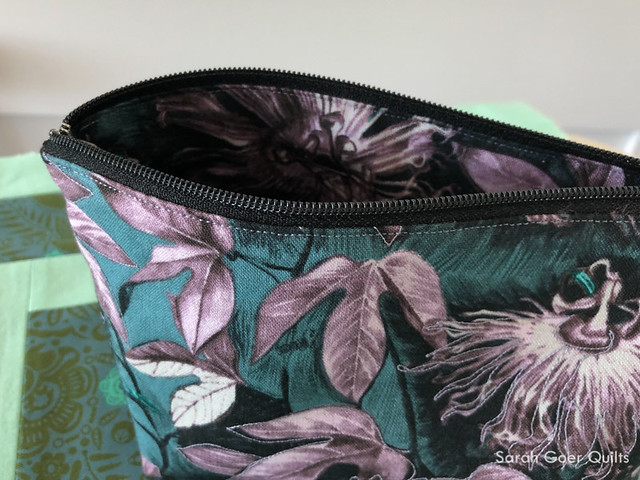 But after I started piecing my log cabins (which I'm happy with individually) I decided that if I made it two sided I wouldn't be able to do decorative quilting in a way that I would be happy with it from both sides (since my log cabins are constructed differently and not mirror image of each other). So I switched gears and opted for an Open Wide Zippered Pouch. I've made a ton of them and they never disappoint! 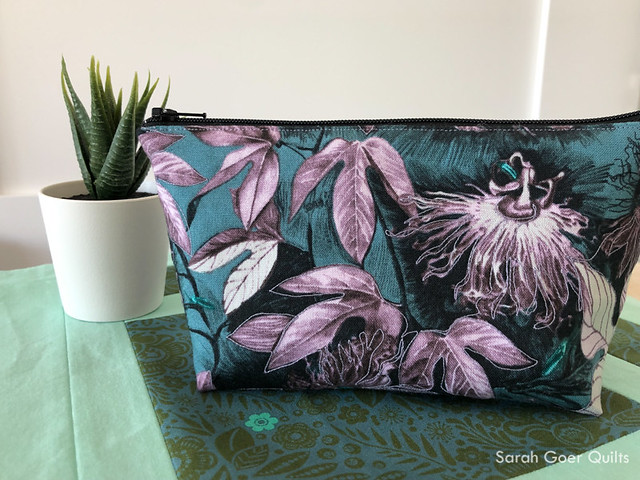 I considered a patchwork exterior and finally settled on simply using the Passiflora in Heather for the panels of my pouch. 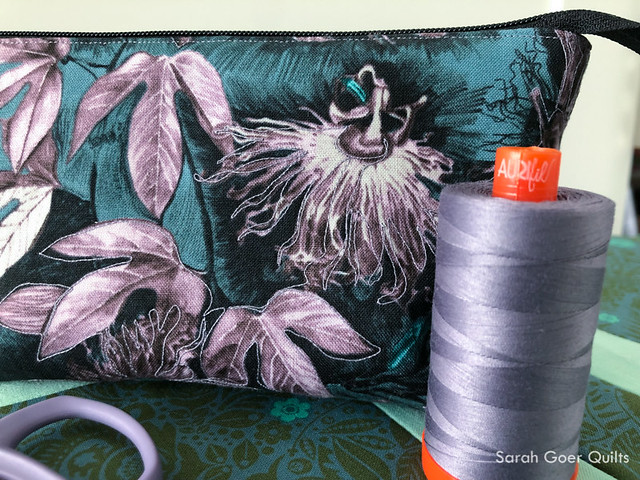 I chose Aurifil 50wt Dusk (#6733) from the Pastel Collection to do a little thread painting to stitch around the elements in the print. I love the simple detail it adds to the fabric. I think my new open toe free motion foot has really opened a world of possibilities, because this would have been really tricky with the darning foot I've used for FMQ for the last 8 years. 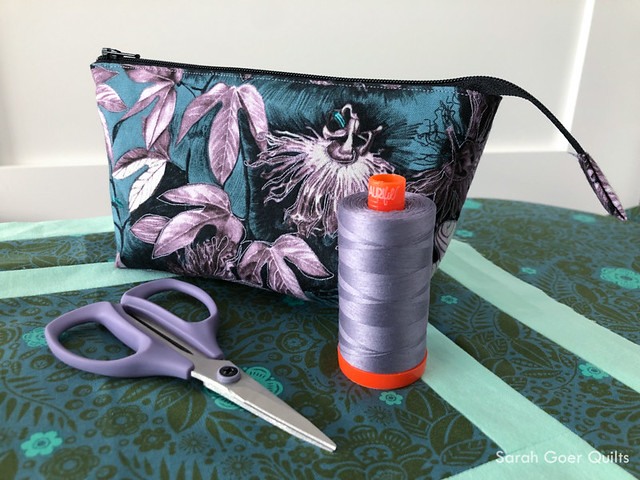 My pouch is slightly smaller than the small size in the tutorial and I backed my outer panels with SF101 Shape-Flex by Pellon. This worked well for the outline stitching/thread painting, though I wonder if I would need something more robust for thread painting if it were more dense. If you have experience with thread painting, what have you used?

Check out some of the other projects being shared with Anna Maria Horner's Passionflower Collection.

I Haven’t Sewn in Over a Month